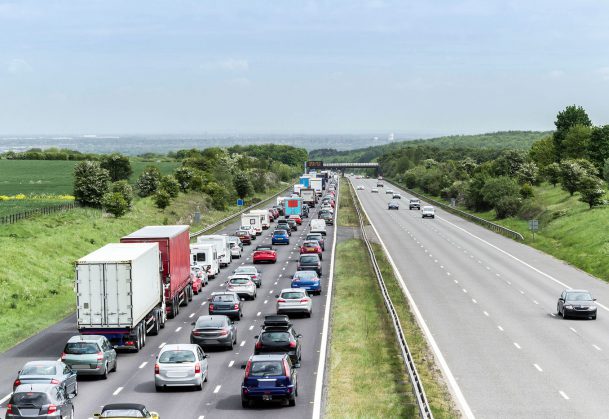 The traffic snarls caused by holiday travel can keep people stuck on the road for hours. But if the trip home from the holidays feels shorter than the trip out, you’re not alone: People often experience the ride home as being a shorter duration than the ride out, even when the distances are exactly the same.

Psychological scientist Niels van de Ven (Tilburg University) and his colleagues noticed this as they were traveling to scientific conferences and wondered if there was anything to this “return trip effect.”

“Similar to our own experiences, participants felt that a return trip effect occurs frequently,” the researchers explain.

Over three experiments the researchers found that the return trip effect is quite large: Participants reported the return trip as being up to 22% shorter than the initial trip. Their experiments suggest that our negative expectations about a long trip may actually cause the drive home to feel much shorter by comparison.

In the first experiment, the researchers talked to groups of people who had recently taken bus trips. All of the 69 participants had recently taken a trip for which the time there and back was about the same. After getting off the bus, travelers used an 11-point scale to indicate how long they felt the return trip had taken in comparison with the initial trip (with the scale ranging from “a lot shorter” to “a lot longer”).

When the trip out took longer than people had expected, the return trip tended to feel comparatively shorter.

A second study looked at how familiarity with the route might affect people’s sense of timing. A group of 93 students went on a group bicycle ride as part of a school activity. The students were randomly assigned to travel along one of two equally long routes on the initial leg of the trip. Some students returned using the same trail, while another group took a different route home.

Regardless of which route they’d taken, participants estimated the initial bike ride to be significantly longer than the ride home.

In a third study, 139 participants came into the lab where they watched a video of someone riding to and from a friend’s house. Both halves of the trip were exactly the same length: The bike ride was a distance of 2.25 km covered in exactly 7 minutes.

Just as in the other two studies, the trip back felt shorter than the initial trip (9.5 minutes compared to 7 minutes). However, when students were told to expect a long trip before watching the video, the return trip effect disappeared.

“Ironically, when a manipulation made participants expect a longer initial trip, they actually experienced the trip as taking less time, as compared with participants in the other conditions,” the researchers conclude. “This is further support for the idea that one of the causes of the return trip effect is that people are generally disappointed in the initial trip, after which the return trip seems relatively short again.”

Some Brains Have a Motion Blind Spot

A surprisingly high proportion of people may have a form of motion blindness in which sensory information about moving objects is not properly interpreted by the brain. More

The way to an employee’s heart might be through their stomach as much as their wallet. One recent survey of 1,000 people found that free food at work was associated with a 20% higher likelihood of feeling extremely or very happy with their jobs. Silicon Valley tech companies have become More