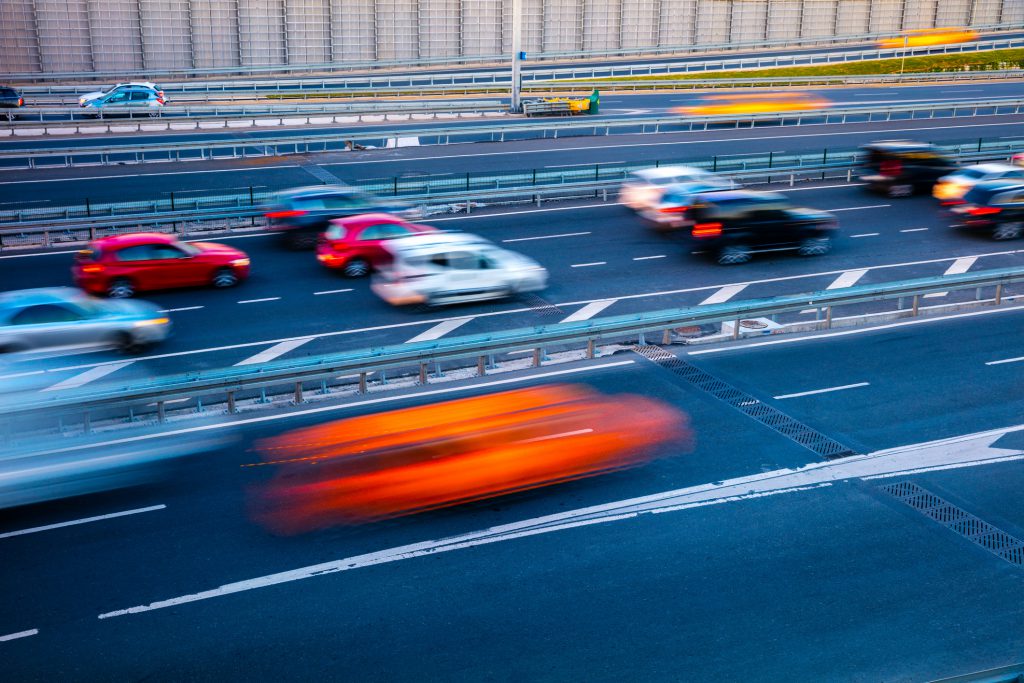 As you’re driving along on the highway, you’re picking up on many different visual cues to determine the speed and direction of the other cars around you. Changing lanes without causing an accident requires incredibly quick integration of information from both eyes to create a three dimensional picture of our surroundings, including estimates of the speed, direction, and distance of other cars and obstacles.

But new research suggests that a surprisingly high proportion of people may have a form of motion blindness agnosia, in which sensory information about moving objects is not properly interpreted by the brain. The study, conducted by researchers Martijn Barendregt (Utrecht University and Vrije Universiteit Amsterdam), Serge Dumoulin (Utrecht University and Spinoza Center for Neuroimaging), and Bas Rokers (University of Wisconsin–Madison), is published in Psychological Science.

“Individuals with what have been called stereomotion scotomas are unable to discriminate the direction of motion in depth in some locations in the visual field, but they are not blind in those locations; rather, they are unable to interpret what they see there,” the researchers explain. “These impairments are traditionally referred to as stereomotion scotomas, because the deficits are typically not complete, but rather confined to a part of the observers’ visual field.”

Based on the new findings, Barendregt and colleagues argue that the impairments are really more like an agnosia – in which the eye captures visual information normally but the brain fails to interpret the image properly – rather than a scotoma (i.e., a blind spot).

To determine the direction and motion of objects, the brain relies on binocular vision. Small differences in images from each eye are delivered to the brain simultaneously, and the slight differences between these two images are used to assess the direction of an object’s movement. Because each eye sees the object from a slightly different angle, the changes in the location of that car behind you will be slightly different in each eye.

“If something close to you comes even closer to you, it looks bigger,” says Rokers. “Or you can move your head a bit — like a cat does before it jumps toward something — back and forth to get more than one vantage point.”

The new study suggests that a kind of motion blindness occurs when the brain fails to properly integrate two kinds of binocular cues used to determine motion in depth: changing disparity and inter-ocular velocity differences (IOVD). These two visual cues are similar, both track changes in moving objects over time, but they are handled by different parts of the brain’s visual system.

A total of 11 participants (1 female, 10 male, ages 24–35 years) were fitted with special mirror stereoscope headsets and colored glasses, which allowed the researchers to show each eye a different video. Videos shown to the left eye displayed a pattern of dots moving in the opposite direction as the dots in the video shown to the right eye. There were also variations in the speed of the moving dots. During each trial, observers were asked to report in whether the stimulus was coming closer or getting farther away. This setup allowed the researchers to test perception of each of the two visual cues separately.

A total of 5 out of the 11 participants, nearly 50%, showed a motion detection deficit in part of their visual field.

“We were surprised when we saw how many people had trouble correctly detecting motion, and put people through thousands of trials,” Rokers said in a press release. There is no physical problem with their eyes at all, rather, the brain isn’t “seeing” the changes in depth properly.

“Unlike other visual agnosias, the motion agnosia we have described here is quite common and is typically restricted to part of the visual field,” the research team writes. “A likely reason for this clear restriction to a region within the visual field is that neurons that are sensitive to motion in depth have smaller receptive fields compared with neurons that are impaired in other types of agnosia, such as those that are required for the recognition of objects or faces.”

These issues are typically limited to a portion of the visual field, which allows most people to compensate. This explains why people with agnosia for motion aren’t conscious of the impairment and are able to merge onto freeways without incident.

did you test for personality types to see if this was predominantly a set group.i.e artist/science
was the condition able to be trained out to reduce or automate the deficiency

Personality would have NOTHING to do with it, but taking certain medications, previous illnesses/brain damage, and a person not knowing he/she has Aperger’s Syndrome or A.D.D. or A.D.H.D. should have been included.

These researchers truly need to consider whether any of these test participants has ever taken a proton-pump inhibitor. I believe My vision has been permanently changed after taking a proton pump inhibitor for only tow months. Inanimate objects looked like they were moving, and even the sidewalk seemed to be undulating under my feet! I also could not retain the position of an inanimate object once I was no longer looking at it. I was getting constantly surprised at seeing those objects, over and over again.

Now, I have had several (easily) avoidable car accidents in the years after.