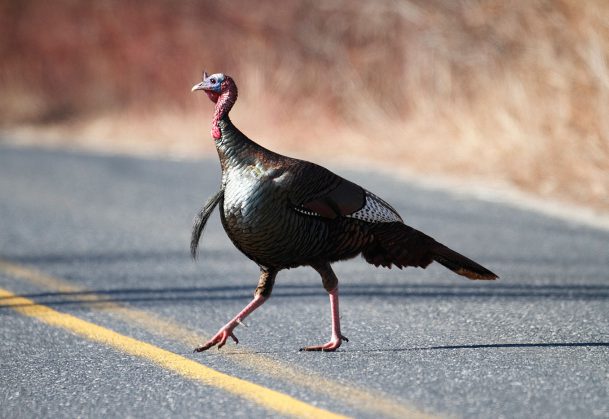 This year is projected to be the biggest Thanksgiving holiday travel weekend since 2007. A holiday travel forecast from AAA estimates that 46.3 million Americans will be traveling at least 50 miles from home this weekend; nearly 90% of them by car. According to estimates from traffic congestion tracking firm INRIX, drivers hitting the road this Thanksgiving should expect their drive to take at least 25% longer than normal.

Epic traffic jams and major delays on the road may tempt some drivers to make risky decisions on the way to grandma’s house, whether it’s speeding, weaving in and out of lanes, or driving aggressively.

Psychological scientists Kenneth H. Beck, Stacey B. Daughters, and Bina Ali of the University of Maryland found evidence that these kinds of tough traffic conditions may bring out the worst in drivers who are typically in a hurry.

In a study published in the journal Accident Analysis and Prevention, the researchers report that “hurried” drivers tend to have a lower threshold for tolerating stressful situations behind the wheel – like being stuck in bumper-to-bumper traffic. This leads them to engage in higher rates of dangerous behavior behind the wheel.

“In other words, hurried drivers who experience more impatience and frustration with other drivers and engage in high risk and aggressive behaviors may also lack the ability to cope with aversive conditions, such as driving in congested traffic or when they encounter slower drivers,” the researchers write.

For the study, the researchers surveyed 769 college students using an anonymous online questionnaire. Participants were asked to rate the frequency of their risky driving behavior, disposition on the road (hurried, courteous, rushed), distress tolerance, and whether they’d been in an accident or received a traffic ticket.

Beck and colleagues found that hurried drivers reported higher levels of frustration and impatience with other drivers, driver anger, and a lower tolerance for distress. In addition, a hurried driving style was also associated with increased likelihood of receiving traffic tickets and being involved in crashes.

More effective interventions targeting these high risk drivers may focus on education techniques that teach these hurried drivers how to identify and self-appraise emotional states, like frustration and anger, which can lead to risky behavior.