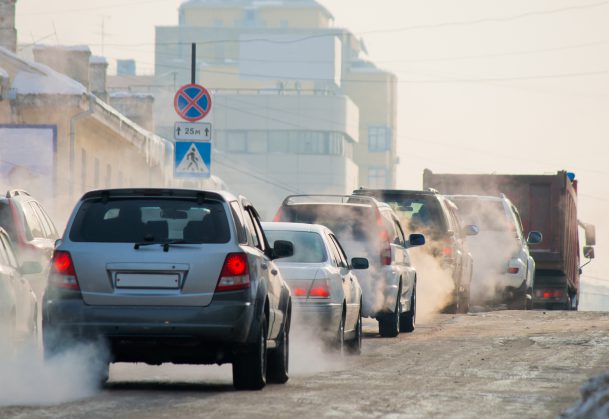 It’s a hated, but often unavoidable, aspect of urban life: the noise and pollution caused by idling cars and trucks. Idling vehicles are such a problem in Washington, DC, for example, that desperate city-dwellers regularly write in to the local blog PoPville to vent and seek advice on putting a stop to engine idlers.

“Every single night I’ve lived here, the same enormous truck backs up our entire alley (beeping the entire way). It then idles underneath my windows…This all goes on around 2:30am every single night, weekdays and weekends.”- June 2017

“Literally dozens of trucks all start showing up around 6:45-7:15am for the first shift…The dump truck drivers aren’t only illegally parking, but they’re also idling for extended periods (DC has a no-idling law and that’s supposed to be a $1000 infraction)” – April 2016

“We’ve noticed a lot lately that Metro buses will sit running for hours at a time at the Petworth Metro station, and probably at many other stops around town…It makes it very difficult to sleep with my house windows open because of the diesel fumes and the noise.” – November 2015

Where fines, calling the transportation department, and public shaming have failed, new research from a team of psychological scientists in the United Kingdom may help cities curb noise and pollution from urban idlers. The study demonstrated that a simple intervention — installing a sign with a short message and a pair of watching eyes — convinced up to 50% of drivers to switch off their engines, more than halving the total number of idling cars.

Researchers from the University of East Anglia, University of Kent, and University of Lincoln tested three interventions to try to encourage drivers to voluntarily switch off their idling engines. The experiments all took place at a rail crossing located on a busy road.

“We wanted to know how to persuade drivers to switch off their ignition in a situation in which they would potentially, collectively, and substantially pollute the atmosphere of a large number of residents and pedestrians,” the researchers write.

In the UK, it is recommended that drivers should turn off their car engines when they expect to be stationary for more than 1 minute. To encourage drivers to turn off their engines while waiting at rail crossings, the Kent city council  placed a permanent sign at the crossing asking drivers to “please switch off your engine when barriers are down to help improve air quality.” On average, drivers had to wait between 2 and 3 minutes to cross after the barrier had gone down.

However, the sign didn’t seem to be convincing the majority of drivers to switch off their engines.

“Although some research suggests that signs alone can change behavior, the message on this sign was designed simply to be an informational request and was not guided by any particular behavioral theory,” the researchers explain.

So the research team, led by Rose Meleady of the University of East Anglia, designed an intervention study.

In the first experiment, the research team tested whether the addition of a “watching eyes” surveillance cue would increase drivers’ likelihood of turning off their engines. Previous research has shown that even relatively minor environmental cues can have a significant impact on behavior. For example, several studies have found that displaying an image of a pair of eyes can increase people’s moral behavior, from increasing donations to deterring bike theft.

“This is in line with the assumption that humans have evolved to be strongly attuned to cues that their reputation is at stake, because maintaining a reputation as a cooperative person is necessary for survival in a social system,” writes Meleady and colleagues. “Thus, subtle surveillance cues, such as the watching eyes, can induce cooperative behavior.”

The researchers installed a black and white picture of a pair of eyes on a placard so that drivers would see it as they pulled up to the railway crossing. After the barrier dropped, research assistants walked along the sidewalk and recorded information about all of the vehicles, including whether the engine was on or off. A sample of 112 baseline vehicles was compared to an experimental sample of 104 vehicles.

Data collection times were varied across different times of day on weekends and weekdays over a 6-month period from October 2012 to March 2013. The researchers also controlled for factors such as weather conditions, the presence of passengers, and the time of day.

Contrary to expectations, the analysis revealed that slightly more drivers kept their engines on in the watching eyes condition (around 27%) compared to baseline (around 20%).

In a second experiment of around 300 vehicles, the researchers tried a slightly different intervention. Again, a pair of watching eyes was displayed, but this time it appeared with an instructive message: “When the barriers are down switch off your engine.” In another condition, the researchers included text designed to appeal to people’s own self-interest, “Think of yourself: When barriers are down switch off your engine.”

Additionally, research from APS Fellow Robert B. Cialdini (Arizona State University) has shown that framing a behavior as a social norm can add to the effectiveness of messaging. Thus, when more than half of drivers shut off their engines at the stop, other drivers become aware that idling is no longer the “normal” thing to do at a rail stop.

“[T]he fact that we found a significant effect of our intervention signs, and indeed a difference between two different variants of the message, suggests that they can have a discernable benefit even if not all drivers attended to the sign,” Meleady and colleagues explain.