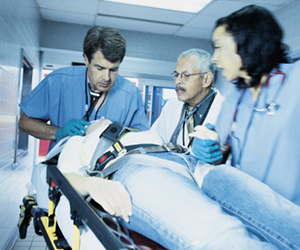 Research on “risk-glorifying media exposure” has shown that movies like The Fast and the Furious can encourage risk-taking behavior, especially for teenagers. But can certain media reduce risky adolescent driving?

In a new article, social scientist Kathleen Beullens (Leuven School for Mass Communication Research, Belgium) and psychological scientist Nancy Rhodes (The Ohio State University) discuss cultivation theory and how television can build a new reality in adolescents’ minds — one in which they may feel more or less comfortable taking risks.

“Cultivation theory posits that the media, particularly television, creates in viewers a perception that what they see portrayed in the media reflects reality,” the authors write. “Furthermore, viewers watching a lot of television will base their views of reality more strongly on the ‘reality’ portrayed on the television than viewers watching less.”

According to the theory, repeated exposure to the negative outcomes of risky driving behavior through television can cause more negative perceptions and attitudes toward daredevil driving in real life — and that may eventually result in safer driving.

Beullens and colleagues conducted a study on the effects of watching the news, which tends to overrepresent traffic crashes, and found that more exposure to news media can discourage recklessness. The finding was promising, but standard news media isn’t always the most appealing programming for today’s adolescents.

A genre of television that may more effectively ameliorate risky adolescent driving is medical drama, a category that includes such hit shows as ER, Grey’s Anatomy, and House. Combining the fast-paced stories with the visually stimulating medium and the recurring consequences of automobile accidents, medical dramas seem ripe for influencing young people’s attitudes toward risky driving.

Beullens and Rhodes conducted a 5-year longitudinal study on 487 adolescents, in which participants reported how often they watched medical dramas, how afraid they were of being involved in a car crash, how likely they believe they and others were to get in a crash, and what their attitudes were towards exceeding speed limits. Sensation seeking and gender also were considered, as those factors may influence their attitudes towards risk.

The researchers’ analysis found that participants who viewed medical dramas frequently either before or shortly after they obtained their drivers’ licenses reported an elevated fear of being involved in a car crash 5 years later. And those same individuals expressed the most negative views about speeding among all the participants. This attitude held regardless of the individual’s overall television-viewing behavior, the intensity of their overall sensation-seeking behavior, and their gender.

Beullens and Rhodes acknowledged several limitations of the study, including the reliance on self-report measures and an absence of data on driving experience at the baseline measurement.

They suggested that future research should determine whether exposure to medical dramas actually causes people to be safer on the roads or whether people who drive safely are simply more likely to watch medical dramas. Similarly, the researchers hope future studies can discern between the different ways car crashes are portrayed in medical dramas and in other media to further understand the basis of cultivation theory and how television may influence our behavior.

Van Mierlo, J. (2007) The role of television in the cultivation of perceptions and attitudes toward medicine and health. PhD Thesis, KU Leuven, School for Mass Communication Research, Belgium.