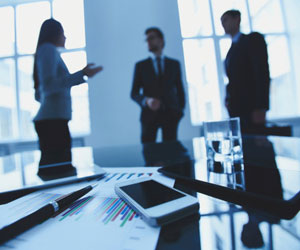 But in many cases, diversity initiatives end up being nothing more than legal protections. Studies show they don’t objectively curb workplace bias and diversify the staff. But plaintiffs in employment discrimination lawsuits face more skepticism and criticism, and are less likely to win their cases, if the defendant company has a diversity program in place.

A new study investigated how diversity initiatives might affect the perception of fairness in the workplace and how such programs might unintentionally lead people to legitimize unfair treatment.

Psychological scientists Tessa Dover and Brenda Major of the University of California, Santa Barbara looked at how a group of 135 Latino and White college students perceived a fake company on measures of fair treatment of minority employees.

The participants first filled out a test designed to measure their system-justifying beliefs—essentially, their views of how fair society is.

Study participants were then asked to read a newspaper article describing a discrimination claim brought against the company by a Latino worker claiming that he had received fewer opportunities, support, and training because of his ethnicity.

Finally, participants were asked to rate how fairly they felt the company treated minority employees in general and their impressions of the Latino discrimination claimant. As predicted, those in the diversity-awards group were significantly more likely to view the company as treating minorities fairly.

However, the researchers found differences in responses between Latino and White participants. Latino subjects who reported high confidence in societal justice rated the company with the diversity awards as being fairer and were more negative toward the discrimination claimant. Latino participants who expressed low confidence in justice generally were unaffected by the presence of diversity awards.

“These findings are consistent with the idea that among those who already perceive the status quo as fair, diversity initiatives signal that minority employees are treated fairly within an organization, and hence are unlikely to be discriminated against,” they write in the journal Group Processes and Intergroup Relations. “As a result, their claims are seen as unfounded.”

The authors caution that it is important to recognize the important role that diversity initiatives can play in reducing bias. They write that by understanding how these initiatives influence perceptions, employers can begin to better recognize and alleviate unfair treatment.

Racial bias in the workplace today is more subdued and less obvious than in years past. Those committing such acts are more educated and have a masterful understand of workplace harassment and professional standards.