News > Minds at Work > The Job Candidate’s GPA: There’s More Than Meets the ‘A’ 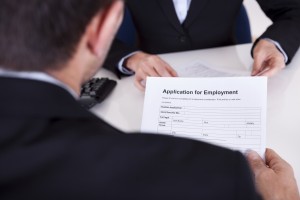 At face value, a job applicant’s grade point average seems a reasonable predictor of effective job performance – a high GPA signals the individual has a considerable degree of competence. No wonder two-thirds of all employers use it as a screening tool, and more than half eliminate applicants with a 3.0 or lower.

Indeed, GPA is a powerful indicator. But according to new research, many employers and admissions professionals use it imperfectly – without comparing an individual’s GPA to their school’s average – a practice that leads to systematic mistakes in selection decisions.

“Our results indicate that candidates who have demonstrated high performance thanks to favorable situations are more likely to be rated highly and selected,” explains lead author Samuel Swift of University of California, Berkeley and his team of researchers.

In several studies published this year in PLOS ONE, Swift and colleagues demonstrate that in a variety of settings, business managers and admission officers fail to take into account the context of an applicant’s GPA, potentially selecting average candidates and missing out on those more qualified.

In one experiment, 23 admissions officers judged nine students, choosing whether to admit them to a prestigious MBA program. In addition to each candidate’s GPA, they also reviewed the average GPA at each candidate’s respective college.

“This should be cause for concern among stakeholders at institutions with tougher grading norms,” the researchers note. “The high standards to which the students at these institutions are held may be mistaken for poor performance.”

As the researchers demonstrate, these biases extend to other scenarios. In a second experiment, 129 executive education students were asked to evaluate candidates for a promotion at an airline company.

This time, the decision-making participants were more likely to choose candidates who worked at successful airports – based on flight punctuality – even though these candidates did not perform better or worse than those at less punctual airports.

In this scenario, the candidates who were fortunate enough to be assigned to successful airports were rated as more qualified. This tendency – evaluating an individual’s disposition without taking into account situational factors – is sometimes called the fundamental attribution error.

The researchers then extended these findings to actual admission statistics of four selective MBA programs. From a sample of over 20,000 applicants, the data revealed a similar trend: Applicants who went to a college with an average GPA just 0.17 points higher than the national average were 31 percent more likely to move from “wait-listed” to “accepted”. Overall, applicants from colleges with lenient grading were evaluated more highly, even though they didn’t outperform their fellow students.

By encouraging selection officers to think critically about the context surrounding an individual application, Swift and colleagues believe this research can open doors to more effective selection practices.

“It is easier to achieve high grades at schools where higher grades are the norm,” the researchers explain. “It would be a mistake to neglect situational effects on performance, but that is what our data suggest that even experts and professionals tend to do.”

News > Minds at Work > The Job Candidate’s GPA: There’s More Than Meets the ‘A’

PCSAS Licensure Parity in Arizona: 8 Lessons for Working with Legislators

In April, programs approved by the Psychological Clinical Science Accreditation System (PCSAS) were declared to meet the licensing requirements for practice in Arizona.