News > Minds at Work > Social Status Woes: Facial Structure Predicts Strategy for Getting to the Top 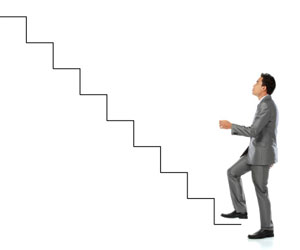 Whether you’re low on the totem pole at a new firm or a raking in a piddling salary in a dead-end job, the thought of climbing the social status ladder is intimidating. It often seems like clawing — rather than climbing — might be the most effective way to get the social status boost that comes with a promotion offer or salary hike.

Oddly enough, for a particular subset of men with greater facial width-to-height ratios (FWHR) — a physical sign of high testosterone levels — aggressive behavior might actually be a go-to strategy for getting what they want.

As reported in a recent Psychological Science article, men who find themselves at the bottom of the social status ladder and who have greater FWHR tend to be more aggressive than their colleagues who are already living the high life.

As lead author Justin Carré and his fellow researchers report, “compared with their high-status counterparts, low-status men may have relatively little to lose and much to gain from aggressive behavior.”

Carré and colleagues tested this hypothesis by snapping pictures of over 200 participants, administering a test intended to measure their subjective social status, and having them play a game in which they could steal money from other participants.

As it turns out, men — but not women — with greater FWHR and low social status were more likely to steal money from their opponents, even when they weren’t able to keep the money themselves.

Men who had greater FWHR but felt high on the social status ladder, on the other hand, didn’t show any aggressive tendencies. Perhaps to the men already enjoying high standing, any potential benefits of aggressive behavior might not outweigh the potential risks.

After confirming experimentally, the researchers then supported this hypothesis using real salaries from National Hockey League players. As it turns out, hockey players with lower salaries and higher FWHR spent more time in the penalty box for rough play. Men who had greater FWHR but made millions, however, didn’t spend a lot of time in the box.

Though no one can be sure, this research might explain why that Young Turk with the wider-than-average face is causing so much rabblerousing in the office.

News > Minds at Work > Social Status Woes: Facial Structure Predicts Strategy for Getting to the Top

Differing conclusions on the link between video games and aggression may come down to how research teams interpret and report their statistical analyses, rather than the underlying data.