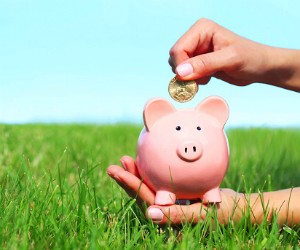 Particular personality traits may have a powerful influence on a country’s economic outlook, according to new research.

Across three studies, University of Toronto psychological scientist Jacob Hirsh found that populations that tend to have higher levels of extraversion are less likely to save for the future.

Hirsh argues that understanding this link between personality and economic behavior will become even more essential as the world’s aging population begins to retire. High levels of debt accompanied by low savings pose national economic risks, including vulnerability to economic downturns and higher levels of unemployment.

“Relatively extraverted populations, which are comprised of individuals who are more sensitive to potential rewards and tend to prefer immediate gratification, allocate more of their financial resources toward immediate consumption and less toward long-term savings compared to more introverted populations,” Hirsh writes.

That is, extraverts are more tempted to spend a windfall on a new car now rather than investing in a savings plan for retirement decades down the road. Therefore, populations with higher rates of extraversion should be more prone to spending over saving.

A comparison of US national savings rates to personality traits from 1966 through 1993 revealed that the higher the population’s rate of extraversion, the less they tended to save.

Data taken from personality measures from 16,846 American college students were compared to data on national savings rates. As US savings rates sharply declined, levels of extraversion tended to increase.

And an analysis of international data showed a global trend; across 53 countries, higher levels of extraversion were associated with lower rates of personal savings.

“Across three levels of analysis, the present findings support the recent discovery that population variation in micro-level personality characteristics can be an important factor in predicting macro-level social outcomes,” Hirsh explains.

However, though a pattern was consistent across all three studies, Hirsh cautions that the results are correlational and that no firm causal conclusions can be drawn from this study.

A better understanding of the link between extraversion and population-level savings rates could help governments develop more effective strategies for encouraging saving behavior.

“The fact that lower savings rates are associated with higher levels of extraversion suggests that campaigns designed to increase saving behavior may benefit from tailoring message content and framing for extraverts,” Hirsh concludes.