New Jersey Governor Chris Christie finds himself in a position similar to many government and corporate leaders — apologizing for the misdeeds of his deputies, while at the same time
claiming to have been misled by them. It is, in many ways, the safest position for an executive embroiled in an organizational scandal: Christie can cast himself as honorable by claiming responsibility, but not complicity. 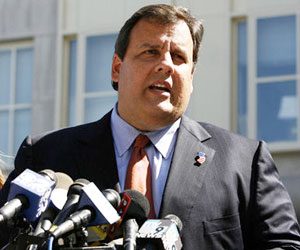 From Enron to the IRS, a number of companies and government entities have come under fire because of the missteps of senior executives. Like Christie, people at the top often plead ignorance to the actions of their deputies. In the New Jersey case, Christie claims that his deputy chief of staff, Bridget Ann Kelley, lied to him about her role in orchestrating major traffic jams in Fort Lee last year as a way of punishing that city’s mayor.

But how will the public ultimately view Christie’s apology over the action of Kelley and others implicated in the scandal?  Will they see him as the victim of betrayal, as he has essentially portrayed himself; as a leader who turned a blind eye to misconduct; or simply as a negligent overseer?

The scandal raises a more fundamental psychological question: Do we view the misdeeds of an individual to be separate from his or her organization’s actions?

Researchers from the Kellogg School of Management at Northwestern University and at Boston College explored that question in a series of experiments. Their findings, reported a few years ago in the journal Psychological Science, show that members of a cohesive group are judged to have less responsibility for their own individual actions.

The research, co-authored by Adam Waytz, assistant professor of management and organizations at the Kellogg School, and Liane Young, assistant professor of psychology at Boston College, suggests that the more that people perceive a group as having a “mind” — that is, the ability to think, intend, or plan — the less they judge a member of that group as having his or her own individual mind.

And the perception of group mind had critical implications for judgments of responsibility: When participants attributed a single mind to a group, they also attributed responsibility for that group’s collective actions to the group’s body of members.

Participants attributed more group mind and responsibility to cohesive groups, but perceived the group members as having less individual mind. Members of more cohesive groups weren’t seen as individually responsible for actions taken on behalf of the group.

Thus, Christie’s reputation could rest on whether the public views the traffic jam scandal as the product of a few rogue employees or an organizational culture.

Many political analysts say that even if Christie’s claim to ignorance is true, he may well have set a tone in his administration that encouraged such political retaliation.