A recent study finds that older workers may have an advantage over their more youthful colleagues when it comes to one key skill—self-control. 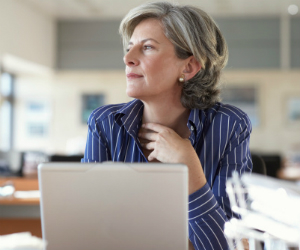 Psychological scientists Markus M. Thielgen and Guido Hertel of University of Münster and Stefan Krumm of the Free University Berlin found that older workers were better than younger workers at exercising self-control in the workplace, which gave them an edge in coping with challenging work environments.

Some of us are motivated by a passion for our careers, while others show up to work in the hopes of a bigger paycheck or a corner office. In order to feel satisfied at work most people require a combination of these motivations, known as implicit and explicit motives. Implicit motives refer to the enjoyment of a task itself, while explicit motives refer to our conscious goals and objectives–like getting a promotion or a raise.

Ideally, our jobs offer us both kinds of motivation and we feel like we’re being compensated fairly for doing a job that we actually enjoy. However, when there’s a discrepancy between implicit and explicit motives, workers can end up feeling unmotivated.

A worker who explicitly values achievement, for example, is likely to seek out challenging goals at work in order to receive a promotion. But if this worker doesn’t actually enjoy their work, there’s a good chance that over time their motivation will suffer.

To test this, 756 participants were recruited for an online study. Participants completed self-report measures of their implicit motives (feeling confident to succeed at this task), explicit motives (I don’t mind working while others are having fun), and self-control ability (when I am working at a task, I can suppress distracting thoughts).

As expected, the data revealed age-related differences: Younger workers who showed a discrepancy between their implicit and explicit motives reported lower levels of work motivation compared to their older counterparts.

Older participants tended to have higher scores on the self-control measure, which suggests that as people get older they may become better at harnessing their own self-control as a source of motivation when incentives are lacking.

Thielgen, Hertel and Krumm say these findings could have important implications for coaching and counseling in the workplace, as younger employees may require more resources in order to manage their motivation at work.

“Moreover, this result might also speak to life-span theories of human motivation, suggesting that people increasingly develop and use voluntary problem solving strategies to master challenges and obstacles” they write in the Journal of Career Assessment.