Scott Adams, who has endlessly satirized office culture in his comic strip Dilbert, once surmised that the most influential people in his life were probably not even aware of what they’d taught him.

That lack of awareness Adams describes is rather common. Studies have demonstrated that people tend not to recognize the influence they have over others when they make a request, suggestion, or observation. You may have trouble saying no to a colleague who asks for help on a project or assignment, but you can bet that same individual would have trouble declining your requests, as well. 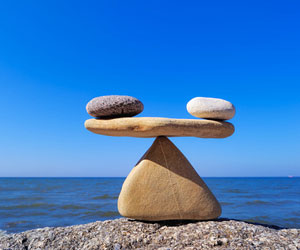 But what happens when someone asks you to do something unethical? Will your moral standards balance out any qualms you have about just saying no?

University of Waterloo researchers, led by social psychologist Vanessa K. Bohns, sought answers to that question. But they also wanted to examine the experience of people who sanction or foment inappropriate behavior. They surmised that instigators typically underestimate the social pressure they impose when encouraging someone to bend or break the rules.

Bohns and her team validated this theory in a series of studies, the results of which now appear in Personality and Social Psychology Bulletin. In one experiment, for example, they assigned student participants to convince three strangers to commit an act of vandalism — specifically, to write inside a library book using a pen. The students were also asked to predict how many people they would have to approach in order to complete the challenge. And they were asked to rate how comfortable the people they approached would feel refusing their request.

As expected, the participants overestimated the number of strangers they had to approach before convincing three of them to deface what was, unbeknownst to them, a fake library book. And results indicated that the more participants considered the discomfort others would feel refusing the requests, the fewer people they believed they would need to approach to complete the task.

Some of the participants were assigned to an actor condition, reading the scenarios from the perspective of person who must decide whether to engage in the dishonest behavior. Other participants read from the viewpoint of an instigating friend or co-worker.

In some of the scenarios, instigators suggested that actors proceed with the transgression — encouraging them to read the Facebook messages or facilitate underage drinking, for example. The participants were then asked to assess how comfortable they thought actors would feel resisting the instigators’ suggestions.

Other scenarios contained no mention about a suggestion from an instigator.

The scientists say further research on this topic should explore the specific reasons for people’s reluctance to reject wayward requests. These studies, they say, should include cross-cultural research exploring, for example, how members of collectivistic cultures may be more aware of the social pressures that influence other people’s behavior — which would in turn make them more aware of their own capacity to influence others.

News > Minds for Business > How Do Social Pressures Tip Our Ethical Balancing Acts?

A sample of research on language style and social networks, the cultural differences that affect the relationship between aging and well-being, and how infant and adult brains interact while they communicate. More