Ken Frazier grew up in inner-city Philadelphia. His father was a janitor, and his mother passed away when he was 12. As a child, he idolized Thurgood Marshall. He received scholarships to both Penn State and Harvard Law School. At the acme of his distinguished career in law and business, Frazier in 2011 became Chief Executive Officer of Merck & Co.—standing as the first African American to lead a pharmaceutical company.

A new study suggests that success stories like Frazier’s may actually have negative implications for other African Americans.  Like Frazier, Brown University President Ruth Simmons, Nobel Laureate Toni Morrison, and President Barack Obama have reached the pinnacle of success in historically white domains. Yet, the research shows, these positive examples may prompt White Americans to think that less successful African Americans simply need to apply more effort to achieve their own success. 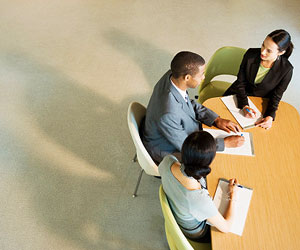 “On the one hand, the fact that it is so notable to see an African-American CEO or university president might be assumed to serve as a reminder of the legacy of racism in this country,” says study co-author Clayton Critcher, assistant professor at UC Berkeley’s Haas School of Business. “But in actuality, our studies found that being reminded of the success of Obama and others more often prompts the belief that other African Americans could succeed if only they tried harder.”

Critcher and Jane L. Risen, University of Chicago Booth School of Business, conducted eight experiments using a mix of college students and community participants from various regions of the country.

Furthermore, non-African-Americans drew similar conclusions when told that these examples of African-American success were exceptions to the rule (e.g., that Frazier is the only Fortune 75 Black CEO).

“What is particularly interesting about this is that people have no idea that their beliefs are changing after exposure to these examples of counter-stereotypical success,” says Critcher. “When people observe African-Americans whom they are used to seeing in highly successful roles, such as NBA athletes, the same thing doesn’t happen. But when people see Merck CEO Ken Frazier, who is African-American, they are likely to say that they can’t really conclude anything on the basis of one person’s experience, but then unknowingly shift their beliefs in a way that suggests they think that disparities in outcomes between whites and African Americans are mostly the latter’s fault.”

These findings in particular extend to the workplace by demonstrating a challenge that comes from incremental advances of achieving greater employee diversity. Given the study’s results, Critcher suggests the presence of a “token” minority in the workplace could lead to the perception of an egalitarian workplace climate, even though that conclusion is based on only a single example.

The findings are reported in the paper published in the Journal of Personality and Social Psychology.