News > Full Frontal Psychology > The Shame of the Alcoholic 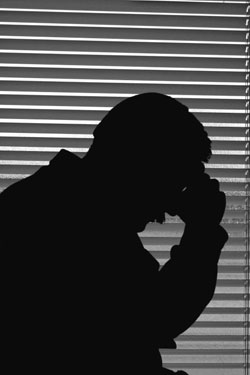 This month in Cleveland, a woman was caught swerving her car onto a sidewalk, illegally passing a school bus full of children. A judge sentenced her to stand on the street corner wearing a sign that read: “Only an idiot would drive around a school bus.” In Arlington, Texas, a billboard features mug shots of suspected johns, with the words: “This could be you.” Arlington is one of many American communities going out of their way to publicly humiliate men who buy sex, while other towns are similarly targeting shoplifters and drunk drivers. And it’s not just judges: Parents around the country are also forcing their kids to wear signs—like “I am a thief”—to shame them into moral action.

America has a long tradition of public humiliation, dating back to stockades and pillories of the colonial era. But this recent upsurge in the use of scorn and shame is raising important questions about this practice, namely: Does it work? Does shame really motivate people to change? Or does it work the opposite way, further tarnishing people’s self-image and diminishing their sense of personal responsibility?

And how about addiction? Does the same psychological dynamic work with socially undesirable habits like drug use and alcoholism? Shame and addiction are deeply intertwined. Alcoholics may be prone to shame, by disposition, and on top of that, drinking helps numb these aversive feelings. Indeed, alcoholics may drink in part to cope with chronic shame and low self-worth, and the heavy drinking could in turn be causing shame, creating a vicious cycle of abuse.

These complex questions have never been sorted out scientifically—until now. Two psychological scientists at the University of British Columbia—Jessica Tracy and Daniel Randles—decided to see if alcoholics’ feelings of shame about their addictions might actually interfere with their attempts to get sober. They recruited about a hundred middle-age men and women from the rooms of Alcoholics Anonymous, all with less than six months of sobriety. They measured their levels of shame and other emotions, along with personality traits, and then about four months later, they brought them back into the lab to see how they were doing in recovery.

One reason shame has gone unstudied is that it is a very difficult emotion to capture. People who are experiencing shame tend to hide the feeling, and escape it—not talk about it openly. For this reason, Tracy and Randles came up with a novel way to measure shame and assess its effect on behavior—body language. They asked the volunteers to describe the last time they drank “and felt badly about it” and videotaped their responses. Then later, they analyzed and coded their body movements and postures as a measure of their shameful feelings. People who are ashamed act very much like submissive animals, slumping the shoulders and narrowing the chest—the opposite of proud chest-beating. This physical display of shame may be universal: It has been observed in a range of species, and in both adults and children of many cultures.

So the scientists wanted to see if shameful body language correlated with mental and physical health—and especially with successful sobriety—four months later. This is the time window during which most newly recovered alcoholics will relapse, and indeed more than half of the volunteers never made it back to the lab. But with those who did, there was an unmistakable connection between shame and relapse. The alcoholics who were most ashamed about their last drink—typically a humiliating experience—these alcoholics were much more likely to relapse. Their relapses were also more severe—involving much more drinking—and they were more likely to suffer other declines in health. In short, as described in a future issue of the journal Clinical Psychological Science, feelings of shame do not appear to promote sobriety or protect against future problematic drinking—indeed the opposite.

This is the first scientific evidence to bolster what alcoholism counselors have long suspected: Shame is a core emotion underlying chronic heavy drinking. The findings raise hope that body language might serve as a diagnostic tool in the future. But for now they raise questions about the wisdom of shaming punishments for criminal alcoholics, and also about intervention as a strategy to nudge chronic alcoholics into recovery. By the time it comes to that, most alcoholics are already very familiar with scorn and shame on their own.

Excerpts from Wray Herbert’s two blogs—“Full Frontal Psychology” and “We’re Only Human”—appear regularly in Scientific American Mind and in The Huffington Post.

News > Full Frontal Psychology > The Shame of the Alcoholic