When I was in middle school, one of the assigned readings was a story called “The Man Without a Country.” It was written by Edward Everett Hale in 1863, and told the story of a young American army lieutenant, Philip Nolan, who is tried for treason along with Aaron Burr. During the trial, he angrily denounces his country, declaring his wish to never hear mention of the United States again, and the shocked judge complies: He sentences Nolan to spend the rest of his life in exile, aboard U.S. warships, where he will hear no word of life in America. 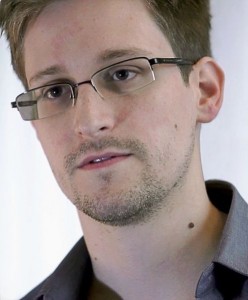 I found this story very sad at the time, and still do. Because of his youthful arrogance, Nolan lost all connection to family, friends, community and identity as an American. It’s hard not to see parallels to the real life drama of former security analyst Edward Snowden, now in his third week of self-imposed exile in a Moscow airport. Leaving aside whether the 30-year-old’s actions were valiant or treacherous, he has chosen a life of disconnection from everything he knows. He is unwelcome in most nations of the world, and Americans will soon stop talking about him and move on.

We should all watch what we wish for, because in fact most of us would fare poorly in such isolated conditions. It’s been shown over and over that people who live lonely and disconnected lives, even smack in the middle of a modern metropolis, are more depressed, more suicidal and have more physical illnesses than the rest of us. The lonely are in effect emotional exiles.

How do emotional exiles cope? What mental and emotional tools do we have to salve the pain of extreme loneliness and find new forms of meaning? Psychological scientists are very interested in this question, and one theory is that we “invent” people to keep us company, humanizing anything we can humanize—pets, supernatural beings, even inanimate objects. A few years ago, a team of scientists began to explore this idea empirically. Nicholas Epley, Adam Waytz and John Cacioppo of the University of Chicago and Scott Akalis of Harvard decided to look at the link between loneliness and anthropomorphism—the tendency to give human traits to nonhuman things like hamsters and baseball gloves. Their findings shed some new light on human coping in general, and perhaps on Snowden’s emotional challenges.

The scientists began by sorting out people who consider themselves chronically lonely from those who feel they are well connected with friends and family. They introduced both the lonely and the connected to a few technological gadgets: For example, “Clocky” is a wheeled alarm clock that you must chase around the room in order to stop its ringing. “Pillow mate” is a torso-shaped pillow that can be programmed to give hugs. Participants rated each gadget on such traits as: “has a mind of its own” and “exercises free will.” They also rated each on traits like efficiency and attractiveness.

The results were intriguing, though open to interpretation. Lonely people were much more likely than connected people to believe that pillows have emotions and clocks have intentions and schemes. But it could well be that people with pet clocks end up alone, rather than the other way around. So the scientists decided to look at loneliness a different way, and at the same time to broaden the study to include beliefs in the supernatural.

In the next study, the psychologists actually induced feelings of loneliness and disconnection in the lab. They tricked volunteers into believing that a computer could make accurate life predictions for them based on their personality type. Some came to believe that they would end up living lives of social isolation, while others believed that they would have lives full of rich social connection. Then the scientists interviewed the participants to gauge their beliefs in God, the Devil, angels, ghosts, miracles and so forth.

The findings were clear. Those facing a life of loneliness were more apt to believe in supernatural agents of all kinds. As the authors described in the journal Psychological Science, loneliness doesn’t turn atheists into fundamentalists, but it does appear to nudge people toward believing in various incarnations, some darker than others. Even bad company is company, it appears, and better than being alone. Not surprisingly, the psychologists found the same pattern with pets. That is, people who were made to feel lonely were more likely to humanize their dogs and cats and hamsters than were people who feel well loved.

Is this a good thing or a bad thing? It depends on how you look at it. Clearly, humanizing Old Shep or an old baseball glove is a bit bizarre, yet it does appear to truly help some extremely isolated souls cope with their condition. It’s also possible that some people are actually substituting such relationships for true human connection.

Philip Nolan, the 19th-century exile in “The Man Without a Country,” comes to deeply regret his decision and his fate. He becomes desperate for news of his rejected homeland, and comes to believe that, without his national identity, he is nothing. When he dies, he leaves behind a shrine to George Washington and testimony to his rediscovered patriotism.

This ending will strike modern readers as over-the-top mawkish, but consider that the story was written to instill patriotism during the Civil War. In any case, the psychological insights are sound. Who knows what kind of shrine the exiled Edward Snowden will construct in his mind, but it’s almost certain he will latch on to something to find meaning in his chosen isolation.

I read A Man Without a Country in 8th grade study hall and cried at the end. I couldn’t stop. I’m still a sucker for a story like it.

I take issue with your humanizing Old Shep as being bizarre. That is pure conjecture.