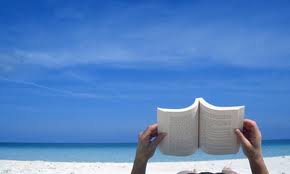 Selecting a book to read by the water is no trivial matter for me. I want something that’s accessible because—well, because it’s vacation, and I don’t want anything that resembles work. On the other hand, my past experience with picking pop fiction—thrillers and such—has often as not been disappointing. I think I want a “page turner,” but I quickly get bored by formulaic plots and pat characters. They’re simply not interesting.

But what is interesting? What do I mean by that vague, cranky statement? Is interest a universal emotion like fear or pride or bemusement? How does one person come to be fascinated by mysteries while others are equally entranced by biographies or books about baseball or gardening?

Scientists have shown surprisingly little interest in interest, given its obvious and fundamental connection to learning and education. That’s starting to change. In the past few years a handful of psychologists have started exploring interest in the laboratory, and they are starting to piece together a theory about this curious emotion.

One of the most striking features of interest is that it’s all over the map: One person’s passion for psychology books is another’s huge yawn, according to psychologist Paul Silvia, who has been exploring interest in his lab at the University of North Carolina at Greensboro. Interest also comes and goes. A book you found mesmerizing just a few years ago might leave you bored to tears if you tried to reread it today. Silvia has been trying to deconstruct this unpredictable mental state.

Much of his work involves exposing people to things in the real world that may or may not be interesting: contemporary poetry, abstract and classical artwork, and so forth. In one experiment, for example, he had people read an abstract poem, but some were given a small hint about the poem’s meaning while the others were left on their own. When asked later to rate the poem, those who had been given the hint found the work much more interesting. In a similar experiment, students who had studied a little about art history found a modern art gallery much more engaging than did students with no exposure to art.

Silvia thinks he knows what’s going on in these simple experiments. All of the people in these studies are appraising their experience, trying to make sense of it. That’s basic human nature. We make such appraisals all the time. But people size up the same experience very differently depending on the knowledge they bring to the event. All of them probably find the poem or artwork to be fresh, complex, mysterious—so they are at least curious enough to look more. That’s the first requirement for interest. But only some find the experience also to be comprehensible. That is, they have just enough knowledge that they believe they can “cope” intellectually with this complex and unexpected event; it’s not totally beyond their ken. The combination of complexity and comprehensibility adds up to genuine interest, and genuine interest cannot exist without both. 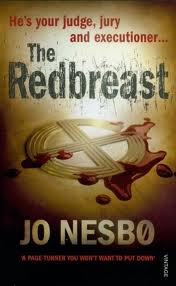 At its best, genuine interest becomes fascination becomes absorption becomes enrapture. In terms of beach reading, you get “lost” in the book. Psychologists call such intensity “being in the flow,” a state of mind so focused that not even time can intrude on the experience. This sounds awfully like bliss to me, but Silvia is careful to distinguish even intense interest from happiness. Interest motivates people to explore, to seek out novelty, where happiness serves to firm up existing attachments—whether to a favorite old novel or poet.

Interest and happiness also have different sources, as Silvia showed in another experiment. He had people look at a variety of paintings, including serene landscapes by Claude Monet and the rather disturbing images of Francis Bacon. The subjects rated both their interest in the paintings and their enjoyment, and then Silvia surveyed the range of their emotional reactions to the different works. The paintings that made people happy were simple, positive and calm. But they were consistently more intrigued by the works that they perceived as complicated, strange and upsetting. Interest, in short, requires emotional and mental challenge.

So how do we stay challenged? Well, it appears that interest in self-propelling. Think of it this way: Lately I’ve been reading a series of mysteries set in Oslo. The first one piqued my interest, so I read another, and by now all the characters are burned into my neurons. I can now perceive subtleties and nuances and contrasts that were completely lost on me in the beginning. So novelty and challenge motivate us to learn more, and this expertise in turn allows us to stay interested in every new bit of knowledge, even if it’s just the latest plot twist in a Norwegian thriller.