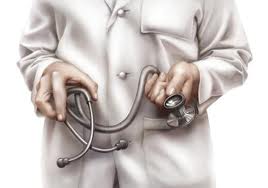 Imagine it’s time for your annual physical. You visit your family doctor, and along with all the usual probes and tests and queries, your doctor tells you about a disease you’ve never heard of before. Called thioamine acetlyase, or TAA, deficiency, it affects the body’s normal ability to process nutrients, and can lead to severe medical complications—exhaustion, physical deterioration, even early death. Although studies indicate that one in five adults suffers from TAA deficiency, most are unaware that they even have the disease.

But there is a test that screens for TAA deficiency, your physician tells you. In fact, the results of your physical will include an assessment of your lifetime risk for TAA deficiency—unless you choose not to know. What’s your decision? Do you want information about your personal risk for this serious disorder, or would you rather not know?

Millions of Americans answer this question every year. But instead of the imaginary TAA deficiency, they are contemplating very real life-threatening diseases, like cancer. Many do get screened for such diseases—they choose being informed over being uninformed—but millions also opt out, actively avoiding information about their true health status. Why is that? What makes some people choose to know, while others refuse?

Two University of Florida psychological scientists have come up with a novel idea about this important decision making process. Jennifer Lee Howell and James Shepperd suspected that when our basic sense of integrity and self-worth is threatened—even if the threat is simply information about health—we respond defensively by disparaging or avoiding the threat. We probably all do that to one degree or another. But conversely, it would seem that anything affirming our positive value as a person should diminish both the threat and our defensive behavior, making us more open to potentially worrisome information. That’s the theory that the scientists tested in a series of experiments using the fictitious TAA deficiency as a simulated health threat.

The first experiment was very much like the annual physical scenario described above. In fact, the experimenter was actually dressed in scrubs to add to the authenticity of the setting. But in addition to the simulation of the physical—and the frank discussion of TAA deficiency risk—each volunteer completed another survey about values. They all listed the trait they considered most central to their self-concept—honesty, for example, or persistence—and then half of them wrote a short essay about a time when they had successfully demonstrated that trait. The others—control subjects—wrote about a friend’s admirable actions.

So some were primed to feel good about themselves and their personal integrity, others not. And as predicted, those with their self-worth bolstered were less likely to avoid the potentially threatening health information. They opted to know their lifetime risk of TAA deficiency.

Knowing such medical information can often obligate us to take further action—undergoing additional, unpleasant tests, for example. This can be a legitimate concern and reason for opting out of health screening, but it can also be an easy excuse to remain uninformed. In a second experiment, the scientists wanted to see if self-affirmation also diminishes avoidance in such situations. They ran basically the same simulated doctor’s visit, except that this time, the “patients” got an additional bit of information before making their decision. Some learned that, if the test results came back indicating “high risk,” they would be legally obligated to report to the hospital for a definitive exam. Others were merely advised to seek out such an exam.

The results were unambiguous. Those feeling positive about themselves were much more likely to undergo the screening, even with the prospect of further testing. Indeed, the patients who felt good about themselves as people were unaffected by the legal obligation, opting to be well informed with or without this additional requirement.

It’s seems irrational to opt for ignorance, but there are many potent psychological forces at play in these decisions. Another is lack of control. Nobody likes it, and evidence suggests that most of us are more apt to avoid personal risk information when it comes to diseases and conditions we cannot control—an untreatable genetic disorder, for instance. So once again, Howell and Shepperd set up the simulated doctor’s visit, only this time some of the patients learned that TAA deficiency can be treated with a simple regimen of pills. Others learned that the disease is untreatable.

The results were the same. As described in a forthcoming issue of the journal Psychological Science, those with their core values affirmed were much more likely to learn their risk status. Their decisions were not swayed by whether or not the disorder was treatable. In short, patients who felt okay about themselves wanted information—regardless of whether it meant more testing or possibly even learning they had an untreatable disease.

The scientists see promising clinical implications in these findings. It appears that self-affirmation may decrease avoidance of important health information by defusing frightening news. If people are avoiding information because they don’t believe they have the ability to cope with bad news, bolstering their self-worth might help. Many diseases, to be successfully treated, must be spotted early—so even temporary avoidance can have dire consequences. An intervention based on affirmation might at least temporarily boost willingness to get screened—and boost survival in the process.

Wray Herbert’s book, On Second Thought, is now out in paperback. Excerpts from his two blogs—“We’re Only Human” and “Full Frontal Psychology”—appear regularly in Scientific American and in The Huffington Post.