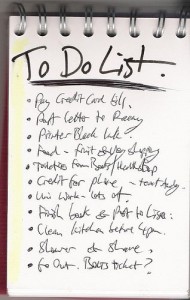 My memory baffles me. There is no rhyme or reason to what I recall and what I forget, whether it’s today’s to-do list or recollections of childhood. Important information vanishes, yet I have a random collection of odd facts and memory traces taking up space in my mind.

I’m not alone in this. Everyone I know has a story about the quirkiness of memory, and scientists have been fascinated and perplexed by these oddities for years. Why isn’t memory a better system, more efficient and organized, if remembering is so crucial to daily functioning and future planning? Why do we remember so many trivial and irrelevant things?  Why this and not that?

Why this and not that is really the foundational question about memory, and a group of psychological scientists at Purdue University have been exploring one possible answer. James Nairne and colleagues believe we should look at memory as an evolved system, much like the digestive system or the circulatory system. These bodily systems evolved the way they did to help our ancient ancestors adapt—to solve problems of survival. From this perspective, it makes sense that the brain—and human cognition, including memory—would also have evolved to serve certain survival functions. If our memories today seem spotty and irrational at times, perhaps the quirks are artifacts of an earlier era, when they did make evolutionary sense.

At least that’s the theory, which Nairne and his group have been trying to demonstrate in the laboratory. They reasoned that, if a certain kind of information was once privileged because of its survival value, it should still be more memorable today—even though recalling this information is no longer adaptive.  They reasoned further that animate objects fit this description. For our early ancestors, it was crucial to survival to recognize and remember living things, because they might well be life-threatening predators, such as snakes. Or, on the other hand, they might be potential sexual partners. Either way, remembering animate objects was purposeful—more purposeful than recognizing and remembering rocks and stars—so memory for living things should still be keen today.

The scientists tested this in a couple simple experiments. In the first, they had volunteers look at a long list of nouns, to see which ones were easily recalled later on. Some were clearly animate; others unquestionably inanimate, and the rest ambiguous—menace, for example. The scientists controlled for other factors that might also make the words memorable—concreteness and meaningfulness, for instance—so they could zero in on animacy as the recall-enhancing trait.

The results supported the scientists’ idea. As summarized in an article to be published in the journal Psychological Science, words for animate objects were much more likely to be remembered than were words for inanimate objects. Indeed, animacy was one of the most potent influences on retention and recall—along with imagery. The scientists confirmed this in a slightly different, second experiment, in which volunteers were asked to memorize and then to recall words for animate and inanimate objects. Participants were much more likely to remember the animate words, even though animate and inanimate words had been carefully matched on other mnemonic dimensions.

The ability to recognize and distinguish animate objects appears early in infancy, further suggesting that the mind has been “tuned” for hyperactive detection and recall of animate beings, probably somewhere in our ancestral past. The mind may also be tuned for detection and memory of many other things that were once important to survival but no longer are. So our memories today may seem random, but the strengths and failings may in fact reflect the variety of ancient adaptations that made us human.