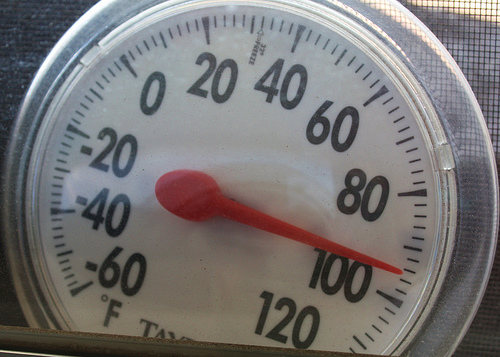 It’s supposed to hit 97 degrees this week in Washington, DC, my home town. My plan is to stay indoors and crank up the AC, for as long as the heat wave lasts. I know that the price tag for my comfort will show up in my next utility bill, but that’s a price I’m willing to pay.

I also know that my choice has other, hidden costs—costs that will be paid by future generations, including my children and their children. Global warming is an undisputed scientific fact now, and there is little doubt that this ominous trend is related to human activity, including the burning of fossil fuels. I completely accept the science of climate warming, yet I don’t always do the right thing by my heirs. Why is that?

The simple answer is, because I’m human. But scientists offer more nuanced insight into why it’s hard to be beneficent to people of the future, even our own. The fancy name for this insight is “intertemporal discounting,” which simply means that we humans are selfish and shortsighted when it comes to using finite resources. We prefer to use our resources—cash, oil, cool days—for ourselves, now, in the present. And the further off in the future the beneficiaries are, the less likely we are to sacrifice for them. This is because of a failure of imagination: It’s supremely difficult to project ourselves into the future, even harder to take the part of another.

That said, we’re not self-centered ogres. Most of us are not profligate energy wasters. We’re mindful about the planet’s fragility, and make an effort to conserve something for those not yet born. Given how difficult it is to imagine the future, why don’t we just use everything up now? What puts the brakes on our selfish consumption?

Some new research begins to answer this riddle. Psychological scientist Kimberly Wade-Benzoni, of Duke University’s Fuqua School of Business, and her colleagues have been exploring what they call “legacy motivation”—the desire to form a positive connection with others in the future, as a way to live on symbolically. They theorize that thoughts of death could motivate us to leave a positive legacy, enough to overcome the inter-generational barriers to future generosity. They decided to test this idea in a couple experiments.

In the first study, a group of volunteers were entered into a lottery to win $1000. All of these volunteers then read a newspaper article, ostensibly for another purpose. Some read about an airplane passenger’s death in a freak accident—priming their thoughts of death and mortality—while the others read an emotionally neutral human interest story. All were then told that they could will a portion—any portion—of their lottery winnings to a charity serving impoverished communities. But some were told that donations would serve the needy now, while others were told that their generosity would benefit the needy at some future date. So some were thinking about death, others not; and some of each group were thinking about immediate giving, others about future beneficence. The scientists wanted to see who gave their money to whom, and how much.

The findings were clear. Those with death on their mind gave much more money to the future-oriented charity than to today’s needy. They also gave much more money than did they volunteers who were not focused on mortality. As predicted, thinking about dying appeared to make the volunteers think about their own personal legacy—how they would live on in others’ minds—and this spurred them to overcome their natural selfishness and their focus on now.

The scientists wanted to double-check these findings, in a way that’s more related to energy and the environment. In a imaginary scenario, each volunteer played the role of VP for a large energy company. The company had discovered a new source of efficient, inexpensive energy, and the VP’s task was to decide how much of that energy should be used up today—or allocated to other recipients. The VP could choose from: another organization that would benefit immediately; another group that would benefit in the future; or the VP’s own organization, but far off in the future. It was made clear to these VPs that all of these other organizations—the possible beneficiaries—would make better use of the new energy supply than the VP’s own company.

So what to do? Again, only some of the volunteers were primed with death thoughts, then all the volunteers allocated the energy windfall among the four possible recipients, including their own company. They answered one final, important question, indicating how much they agreed or disagreed with this statement: “I felt an affinity with the other subsidiary.” The scientists wanted to see the extent to which beneficence was motivated by a sense of human connection. 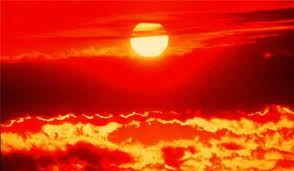 And it was, a lot. As reported on-line in the journal Psychological Science, the basic findings were the same as before—that is, thoughts of mortality reversed volunteers’ natural reluctance to share with future generations. But this study also showed why. It demonstrated that this newfound generosity was sparked by a need and a hope to connect with the inheritors of the future, and through them to live on.

The key to effective environmental policies, then, may be to help citizens see their day-to-day decisions as trade-offs between generations—that, and also to gently remind people that they are not going to live forever. Whether or not we leave a legacy for our children, we will all leave. It’s only a matter of time.

Wray Herbert’s book, On Second Thought, devotes a chapter to how the grim reaper shapes thinking and behavior. Excerpts from his two blogs—“Full Frontal Psychology” and “We’re Only Human”—appear regularly in The Huffington Post and in Scientific American Mind.

High levels of the trait neuroticism are linked with lower risk of death for people who say they’re in fair or poor health, data from 500,000 UK residents show. More

Although thinking about dying can cause considerable angst, research suggests that the actual emotional experiences of the dying are both more positive and less negative than people expect More