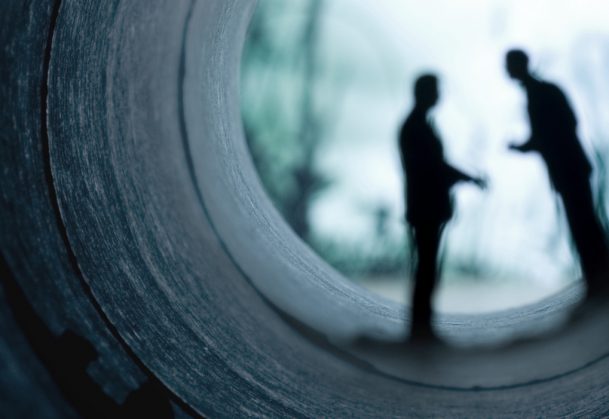 More than a third of Americans believe that global warming is a hoax and over half believe that Lee Harvey Oswald did not act alone in the assassination of John F. Kennedy. And then there’s QAnon, the new movement whose followers are rising up against what they view as forces aligned against President Trump.

In recent years, there has been growing interest in the psychological factors that drive the popularity of these conspiracy theories — beliefs in secret plots by powerful and malevolent groups.

A recent review of the scientific literature on conspiracy theories indicates that these ideas may appeal to people trying to make sense in a world that leaves them feeling disempowered, alienated, and confused. But research also suggests these feelings are reinforced, rather than soothed, as people immerse themselves in notions about corporate plots and government cover-ups.

University of Kent researchers Karen Douglas, Robbie Sutton, and Aleksandra Cichocka report on these findings in Current Directions in Psychological Science. They identified three psychological motives that drive conspiracy beliefs. These are:

Studies show a correlation between conspiracy beliefs and education level and analytical capacity, among other characteristics, Douglas, Sutton, and Cichoka report. Researchers have found a prevalence of superstition and conspiracy theories among people who seek meaning and patterns in the environment, and who possess a low tolerance for uncertainty.

Conspiracy belief is also indicative of a concept known as collective narcissism—a belief that one’s own social group is superior – but unappreciated – by other people, according to the report. Moreover, groups who feel they have been victimized are more likely to endorse conspiracy theories, research shows. And their more likely to distrust government institutions overall.

But rather than quell this longing for explanations, control, and social connection, the sense of high-level schemes and lies seems to reinforce feelings of bewilderment, isolation, and agency. Preliminary research shows, for example, that people immersed in conspiracy beliefs are “less inclined to take actions that, in the long run, might boost their autonomy and control,” the University of Kent researchers write. “Specifically, they are less inclined to commit to their organizations and to engage in mainstream political processes such as voting and party politics.”

The scientists note that experiments thus far have centered on college students and survey respondents, and that research involving other populations may show certain individuals and groups actually finding consolation in conspiracy theories.

Trying to take someone else’s perspective may make you less open to their opposing views, according to findings published in Psychological Science, a journal of the Association for Psychological Science. “As political polarization in America has increased, there has been a lot of discussion about how to bring people with More