News > Podcasts > COVID-19 and Its Connection to Human Behavior 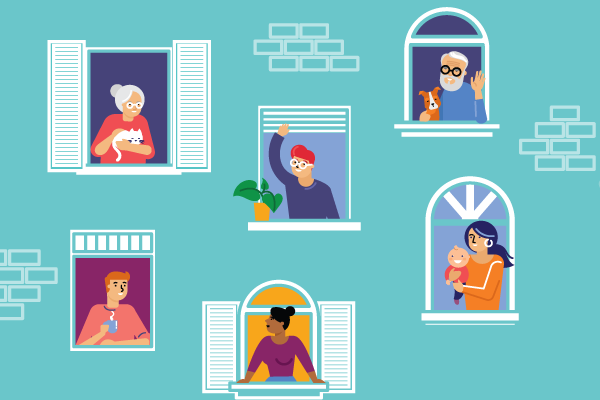 As the world approaches the one-year anniversary of the start of the COVID-19 pandemic, researchers are studying the psychological dimensions of this disease and the impact ongoing protective measures are having on public behavior. To explore how the public has reacted and adapted to the so-called new normal of the pandemic, APS convened a panel of experts for an enlightening roundtable discussion. Panelists discussed the remarkable resilience of many people in the face of this disaster and the challenges that lie ahead if we let our guard down.

Panelists included Robert Roy Britt (science journalist and former editor-in-chief of LiveScience and Space dot com), Wendy Wood (provost professor of psychology and business at the University of Southern California), and APS President Shinobu Kitayama (professor of psychology at the University of Michigan and editor-in-chief of the Journal of Personality and Social Psychology: Attitudes and Social Cognition). APS staff member Charles Blue interviewed the panel.

A few selected highlights from the panel are excerpted below.

Blue: In broad strokes, how do you feel people in the United States have adapted or not to the COVID-19 pandemic?

I think people have adapted better than we might perceive from listening to the nightly news and scrolling through Twitter all day long. The vast majority of people have actually taken to wearing masks and practicing social distancing, but we are frustrated by the handful who don’t—the handful who either think this is not a real problem or just don’t want to be inconvenienced for whatever reason. So I think people have adapted, perhaps grudgingly in many cases, but what a sea change in our behavior.

I completely agree with Rob, so that is the good news. The bad news is that while people can be very careful and do what they have to do—let’s say wearing a mask or being careful using personal hygiene—you can easily let your guard down. That can be a problem.

I study habit formation and habit change. For me, it is no surprise that people have been able to adopt these new behaviors. When we do something over and over again, it becomes more automatic, more automated. When you first start wearing a mask, it feels weird and you think about it a lot and it gets in the way. If you do it on a regular basis, it starts to seem like the new normal.

Blue: Even though we have surpassed 200,000 COVID-related deaths in the United States, cancer and heart disease remain the leading causes of death. How do people process risk in these situations?

The simple fact is that approximately 600,000 people die in the United States every year from cancer. More than that from heart disease. And I was just thinking about this, I don’t personally know anybody who has died from cancer or heart disease personally in the last year or two. And based on my reporting, most people don’t know somebody who has died from COVID-19. 200,000 is obviously a horrific number. But to some people, it’s just a number. And trying to take that number and all of the news that they hear around it and the warnings and everything else and apply it to our everyday lives is no simple task.

In April, May, June and July, infection and death rates became statistical abstractions. They are simply numbers as opposed to real human beings. When the numbers become too great then the situation becomes too abstract to comprehend with the kind of vividness that you might need to recognize the severity of the situation.

Blue: What strategies can help us form new health habits that would actually help in this situation?

We have certainly seen some that don’t help. If you’re not giving people clear guidance as to what to do, then you confuse people. For example, there has been a lot of disagreement about when you should get tested and when it’s not necessary to be tested. If people don’t know clearly what to do, then it is very hard for people to find ways to change their behavior to keep themselves safe. The first thing is we need is some very consistent, clear messaging. We haven’t had that from leadership in this country so everyone has to make their own decisions. Those decisions should not be based on personal experiences; they should be based on data on what the risk actually is and how we should actually go about protecting ourselves.

Blue: Despite our earlier hopes, it looks like we are in this for the long haul. What does this mean for our mental health and psychological well-being?

History suggests that we humans are more resilient than we realize. Not since World War II have Americans been asked to make such significant behavioral changes. And the next year is going to challenge us in many ways, but ultimately we will emerge with a different perspective, a lot of change, and maybe just a little bit stronger.

I am a big fan of John Lennon. The most famous tune he composed is “Imagine,” and the current pandemic may be a little easier if we imagine alternative realities. I think we must imagine a better, fairer, and more peaceful society during the pandemic and then try to turn some of those ideas into reality afterward.

The pandemic has disrupted an awful lot of our daily lives. And notwithstanding the bigger picture, this is a health calamity in the United States. There are ways to look at this as an opportunity to make changes in daily behavior, to try out new things, and see what works better for you than the status quo before the pandemic. So I hope people give themselves that chance to try out new behaviors and see what could work for them that they didn’t know beforehand. I hope everyone figures out ways to stay safe.

News > Podcasts > COVID-19 and Its Connection to Human Behavior