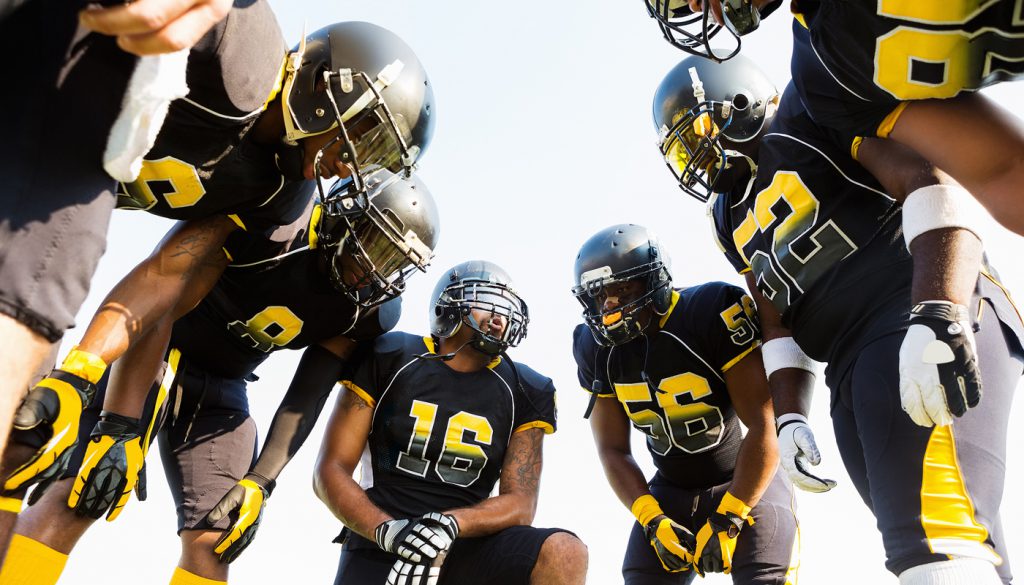 Back in high school, on the soccer field, poised to take a crucial penalty kick, “I always had a lot of thoughts going on in my head; I think most people do” says sports psychologist Antonis Hatzigeorgiadis. “I was setting the ball and planning my shot; I was the captain and never missed those types of shots; then I had that thought striking me that it was not going to be good. I knew I was going to miss,” he recalls, “and I did miss.” Even then, he could see that his mind had a big effect on his body.

From these unhappy experiences evolved Hatzigeorgiadis’ interest in the psychology of sport – the link between one’s thoughts and performance, and specifically in “self-talk”— the mental strategy that aims to improve performance through the use of self-addressed cues (words or small phrases), which trigger appropriate responses and action, mostly by focusing attention and psyching-up.

“We know this strategy works, and it works in sports,” says Hatzigeorgiadis. But what makes it work better, and in what situations? To find out, Hatzigeorgiadis and his colleagues at the Department of Physical Education and Sport Sciences at the University of Thessaly, Nikos Zourbanos, Evangelos Galanis, and Yiannis Theodorakis conducted a meta-analysis of 32 sport psychological studies on the subject with a total of 62 measured effects. Their findings will be published in an upcoming issue of Perspectives on Psychological Science, a journal of the Association for Psychological Science.

As expected, the analysis revealed that self-talk improves sport performance.

But the researchers teased out more – different self-talk cues work differently in different situations. For tasks requiring fine skills or for improving technique “instructional self-talk”, such as a technical instruction (“elbow-up” which Hatzigeorgiadis coaches beginner freestyle swimmers to say) is more effective than ‘motivational self-talk’ (e.g., “give it all”), which seems to be more effective in tasks requiring strength or endurance, boosting confidence and psyching-up for competition. Thus, we should carefully design the self-talk athletes use according to needs.

Some other findings are that self-talk has a greater effect on tasks involving fine skills (such as sinking a golf ball) rather than gross skills (e.g., cycling); probably because self-talk is a technique which mostly improves concentration. Self-talk is more effective for novel tasks rather than well-learned tasks; because it is easier to improve at the early steps of learning. Nevertheless, both beginners and experienced athletes can benefit, especially when they practice the self-talk technique.

Most important, says Hatzigeorgiadis, is that athletes train to self-talk—they prepare their scripts and use them consistently in training under varying conditions to better prepare themselves for competition.

The main goals behind self-talk—like other techniques such as visualization to “rehearse” a performance or meditation to improve focus and relaxation—are twofold, says Hatzigeorgiadis: “to enhance your potential; and to perform during competition in terms of your ability and not less.”

The meta-analysis can help sports psychologists and athletes refine their training. But the strategy has implications beyond the playing field. “The mind guides action. If we succeed in regulating our thoughts, then this will help our behavior,” says Hatzigeorgiadis.

“The goal of being prepared is to do the best you can do.”