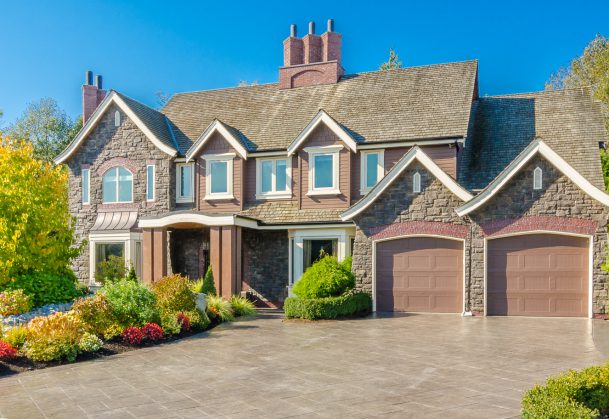 Wealthy people may be likely to oppose redistribution of wealth because they have biased information about how wealthy most people actually are, according to new research published in Psychological Science, a journal of the Association for Psychological Science. The findings indicate that people use their own neighborhoods and communities as a gauge of how much wealth other people possess, leading wealthy people to perceive the broader population as being wealthier than it actually is.

“If you’re rich, there’s a good chance you know lots of other rich people and relatively few poor people; likewise, if you’re poor, you’re likely to know fewer wealthy people and more poorer ones,” says study co-author Robbie Sutton. “Even if people think objectively and follow rules of statistical inference, richer and poorer people may be led, by the information available to them, to very different conclusions about how wealthy their fellow citizens are, on average, and how wealth is distributed across society.”

“These results suggest that the rich and poor do not simply have different attitudes about how wealth should be distributed across society; rather, they subjectively experience living in different societies,” adds psychological scientist Rael Dawtry at the University of Kent, the study’s lead author. “In the relatively more affluent America inhabited by wealthier Americans, there is perhaps less need to distribute wealth more equally.”

The findings suggest that attitudes toward wealth distribution stem from more than just an economic motivation to protect one’s self-interest or a fiscally conservative political ideology – the information provided by our surrounding environment also plays an important role.

The research, also co-authored by Chris Sibley of the University of Auckland, recruited over 600 US adults to complete an online survey in two studies. The participants were asked to estimate the distribution of annual household income for their social contacts and also for the entire US population — in one study, they estimated what percentage of people fell into each one of 11 income bands; in the other study, they estimated the average income of people within each income quintile.

Then, the participants were asked how fair they thought income distribution in the US was and how satisfied they were with it. The participants also answered questions gauging their attitudes toward redistribution.

This chain-like relationship remained even after the researchers took participants’ political orientation and perceived self-interest into account.

To ensure that the findings were actually related to individual’s social circles and not some other psychological bias, the researchers then analyzed data from over 4000 voters in New Zealand. The data showed that the relationship between voters’ household income and their perceptions of economic fairness in New Zealand was driven by the level of economic deprivation in their neighborhood.

“These results highlight the importance of examining ecological processes, in addition to political ideologies or self-interest, for understanding economic preferences,” says Dawtry. “Attitudes to redistribution and the economic status quo appear to be subject to informational biases in the environment as well as biases in the mind.”

According to Sutton, the findings may also help to explain the political polarization observed in countries liked the United States:

“As richer and poorer people increasingly live segregated lives, the information available to becomes increasingly distorted, and increasingly different,” he notes. “People are, effectively, living in an informational bubble, surrounded by people with incomes like theirs but unlike many other Americans’.”

All data and materials have been made publicly available via Open Science Framework and can be accessed at https://osf.io/3mftr/. The complete Open Practices Disclosure for this article can be found at http://pss.sagepub.com/content/by/supplemental-data. This article has received badges for Open Data and Open Materials. More information about the Open Practices badges can be found at https://osf.io/tvyxz/wiki/1.%20View%20the%20Badges/ andhttp://pss.sagepub.com/content/25/1/3.full.