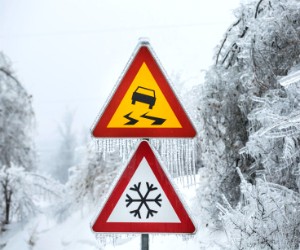 This winter much of the United States has been battered by snowstorms and record freezing temperatures. But snowflakes and black ice aren’t the only things making winter roads dangerous — it’s likely that many drivers succumb to common cognitive biases that lead them to overestimate their skill at handling hazardous road conditions.

Psychological scientists have long known that people generally tend to view their skills in optimistic terms—regardless of how their abilities actually hold up in reality. In a recent article published in Perspectives on Psychological Science, Ethan Zell of the University of North Carolina at Greensboro and Zlatan Krizan of Iowa State University looked at dozens of studies evaluating people’s insight into their own skills and abilities.

After analyzing data from 22 meta-analyses, Zell and Krizan concluded that people have a tendency to overestimate their skills, whether it’s making basketball free-throws or solving math problems, and the researchers identified several factors that contribute to this overconfidence.

They note, for example, that we’re more likely to overestimate how good we are at a task when we’re not very skilled at it, a phenomenon known as the Dunning-Kruger effect. So people who are inexperienced with winter driving may not have the capacity to assess how inept they really are.

And we often rely on potentially misleading memories of past performance as the basis for estimating our current abilities, which is particularly problematic when we go long stretches without driving in the snow.

“When people provide self-assessments before the criterion, their judgments are likely based on memories of past experiences with the task, which may be biased by memory decay and the desire to remember one’s performances positively,” Zell and Krizan write.

Zell and Krizan found that people are far more accurate about assessing their skills when they receive accurate feedback. But drivers rarely receive any formal or official feedback about their driving, making it difficult for them to accurately assess their winter driving skills until it’s too late.

Finally, people tend to be better at assessing their abilities when it comes to performing simple tasks. Because driving is a complex task that requires coordination of a number of skills and cognitive processes, it’s difficult for drivers to assess their overall level of expertise.

Another team of psychological scientists, led by William J. Horrey, explains how many approaches to teaching drivers to handle snowy conditions may actually backfire. When training programs emphasize developing specific skills, drivers tend to feel overconfident in their abilities.

“Paradoxically, earlier work in driver training found that the training of different skills, such as skid control, actually led to worse safety outcomes,” the researchers write in the journal Accident Analysis and Prevention. Overconfidence from the training course, coupled with poor retention of those skills, may have contributed to drivers’ poor insight into their actual abilities.

Horrey and colleagues suggest that driver training should emphasize insight over skills: “An ‘insight training’ approach—one where drivers received direct experience and insight into their own limitations—could offset some of the undesirable patterns of overconfidence exhibited in a group that received skill-based training.”