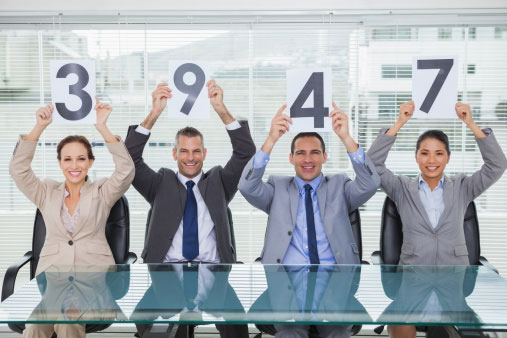 Performance appraisals are sold as a tool to not only praise good work, but to help employees improve on their shortcomings. But often, the worker simply views the criticism as a proverbial slap across the face, and becomes so bitter or disoriented by the feedback that those improvements never come.

What motivates employees to correct deficiencies in their performance? How can a manager deliver criticism without harming morale?

In a recent study, a team of psychological scientists theorized that the way people react to negative work evaluations rests largely on their individual goal orientation.

Satoris Culbertson of Kansas State University, Jaime Henning of Eastern Kentucky University, and Stephanie Payne of Texas A&M University decided to perform a study to test the effect of goal orientation on individuals’ reactions to performance appraisals.  They hypothesized that people with a learning-goal orientation would better respond to negative feedback than would those with either of the performance goal orientations.  In theory, people with high LGO would see the criticism as information that they could use to improve their performance, while the PPGO and PAGO workers would feel negatively because their competence was being questioned.

But that’s not exactly what the scientists found.

In their study, Culbertson and her colleagues asked 234 employees at a university to rate how satisfied they felt about the merit-based performance evaluation they had received 3 months earlier. They also asked them how much they liked learning new skills, and how much they avoid situations where they might perform poorly. The scientists then matched each participant’s responses with his or her performance evaluation.

As expected, people who were found to have the strongest performance goal orientations—meaning they were most concerned with how others viewed their work—reported being unhappy with the critical feedback. But Culbertson and colleagues were surprised to find that employees with the strongest learning goal orientation were also significantly unhappy with negative feedback.

“It seems, contrary to our expectations, that high-LGO individuals are not necessarily appreciative of all types of feedback,” the researchers write in the Journal of Personnel Psychology.

Satoris and her collaborators noted that employers can consider these findings as a sign that they should better understand individual differences that influence reactions to performance appraisals. But they also point to research showing that goal orientation can be induced. This means they might design feedback to activate a certain goal orientation in their employees so those workers handle criticism more favorably.

As a manager, I used strictly strength-based evaluations, demonstrating respect and valuing of my staff. I further valued them by having discussion with them about what they would like to see different about their duties and the procedures affecting their jobs. In that way, their “superior” was not judging them, but consulting them instead. The response from staff was productive. That process deepened their investment in their work. I don’t believe their is merit to the “yeah, but” game of “you do this well but . . .” I would like to see absence of negative feedback entirely.