News > Minds at Work > How Warm Is Your Brand? 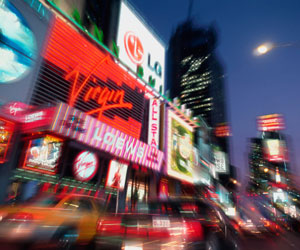 The world is having a love affair with Costco. Fortune Magazine ranks the warehouse retailer as one of the world’s most admired companies, and only partly because of its commitment to social responsibility. Operating under the philosophy that happy employees deliver effective customer service, the company pays its employees extremely well — a sterling contrast to the way competitors like Wal-Mart and Kmart compensate workers. Costco’s practices even drew a shout out from President Obama during his State of the Union Address on Tuesday.

Whether they realize it or not, consumers tend to regard companies the same way they do each other. We see some companies, like Costco, as warm and competent, while others (think about cable providers and airlines) engender about as much of our affection as Lord Voldemort.

Business consultant Chris Malone and social psychologist Susan Fiske have been studying this commercial anthropomorphism over the last several years, and detail their findings and observations in a new book, The Human Brand. They’ve found that people see companies and brands — such as Hershey’s, Domino’s, Zappos, Amazon, and  Sprint — the same way they perceive, judge, and behave toward each another. These perceptions drive their loyalty, or disdain, toward a product or provider.

Fiske, a professor at Princeton University, has spent her career studying the way people judge and categorize each other. She and other researchers have found that people have an immediate attraction to signs of competence and social warmth in others.  Our tendency to categorize and stereotype leads us to apply these judgments not only to individuals, but to entire groups. Society, for example, tends to view rich people as competent but cold, and the elderly as warm but incompetent. Welfare recipients are dismissed as cold (exploitative) and incompetent, while middle-class folks are regarded as warm and competent.

Malone, an expert on customer loyalty, stumbled across Fiske’s work several years ago and wondered whether her human perception model might predict how customers relate to companies and brands. So he contacted her and proposed they collaborate.

Malone and Fiske launched their first study together in 2010, when several major companies and brands were embroiled in colossal public relations nightmares. The Tylenol brand and its parent Johnson & Johnson were embarrassed by a series of product recalls resulting from an FDA report on sanitary shortcomings at a primary production plant.  Meanwhile, BP was trying in vain to plug an undersea oil gusher that followed the explosion of its oil rig in the Gulf of Mexico.

In exploring how those crises influenced public opinion about BP and Tylenol, Malone and Fiske asked 1,000 US adults to evaluate those two brands, along with six other well-known commercial names — Shell, Advil, McDonald’s, Burger King, Tropicana, and Minute Maid.  The responses showed that the level of warmth and competence people attributed to each company or brand explained more than 50% of their buying preferences, loyalty, and advocacy.  The participants showed widespread aversion to BP, but no significant distrust of Tylenol.  In fact, the respondents said they felt more loyalty toward Tylenol than Advil, even though the latter brand had an untarnished record.

So what did Tylenol have that BP lacked? After the stinging FDA report, the makers of Tylenol voluntarily shuttered the plant for retooling, effectively pulling Tylenol from store shelves and costing the company hundreds of millions of dollars.  This mirrored the action J&J took in the 1982 Tylenol product-tampering scare, hailed as a model of crisis management.

In contrast, BP reacted defensively during the Gulf disaster, blaming the rig’s owner and attempting to minimize the environmental impact of the spill. With underwater cameras showing the company’s failed attempts to staunch the gusher, and a record of safety failures within in the previous five years, BP looked simply inept.

In a subsequent study, Malone and Fiske found that some of the world’s most popular brands, including Hershey’s, Johnson & Johnson, and Coca-Cola, are seen as highly warm and competent and generate strong customer loyalty. Troubled brands, including BP, Goldman Sachs, and Marlboro, rate low on competence and warmth.  Luxury brands like Mercedes and Rolex score high on competence but low on warmth, while government-backed corporations like the US Postal Service and Amtrak are regarded as well-intentioned but inept.

“Perceptions of a company’s intentions and abilities trigger specific customer emotions,” they write in their book, “which in turn drive customer behavior.”

News > Minds at Work > How Warm Is Your Brand?