Mr. Magoo, a cartoon regular of early TV, was notorious for his hazardous driving. He was a retiree, befuddled and extremely nearsighted, yet he continued to drive despite these obvious failings. In the opening sequence to his long-running show, he has run-ins with a railroad train, a haystack and several barn animals, a roller coaster, a fire hydrant, a mud hole and a high voltage line—all while honking his horn and shouting “Road hog!”

Looking back, it seems like a cruel stereotype of the elderly, especially elderly drivers. But like all stereotypes, the Mr. Magoo caricature had a bit of truth to it. The fact is that, mile for mile, older drivers do have higher crash rates than all other drivers, other than teenagers. It’s also true that even normal aging is accompanied by declines in vision, cognitive sharpness, and physical ability. Isn’t it logical that this bad driving would result from these deficits of aging, as the Mr. Magoo stereotype suggests?

Well, maybe not, says University of Massachusetts psychological scientist Alexander Pollatsek. Pollatsek has been working with colleagues in the university’s engineering school to systematically analyze the behavior of older drivers—including their visual scanning of the roads—and his evidence challenges the presumed connection between crashes and these well-known deficits. Indeed, it appears that older drivers’ mistakes may result from learned habits—habits that it may be possible to correct.

Pollatsek and his colleagues have been studying a particular class of accidents in which the elderly, especially those over 70, are disproportionately involved: right-of-way crashes. Right-of-way crashes occur when one driver fails to yield properly to another driver at an intersection of some kind. It’s been assumed that these crashes occur when an elderly driver either can’t see the other car, or is distracted and loses concentration, or is physically compromised in some way. Pollatsek decided to test these assumptions.

The scientists used driving simulators to analyze the visual scanning of both older and middle-aged drivers in realistic driving conditions. Drivers experienced long uneventful stretches of road, punctuated by scenarios involving intersections. For example, a driver might come to a stop sign at a T-intersection, which would require yielding to a driver approaching from the left. Or the driver might need to make a left turn across traffic at a four-way intersection. Each scenario contained a visual area that required monitoring as the driver approached and entered the intersection—to scan for other, perhaps obscured, vehicles approaching with right-of-way. The drivers typically had three seconds to detect and respond to an oncoming vehicle.

The scientists measured precisely how long the drivers spent glancing at the potential threat areas as they approached and entered these intersections. What they found was unexpected: As reported on-line in the journal Current Directions in Psychological Science, the older drivers spent significantly less time monitoring these critical visual regions than did the younger drivers. Importantly, there were no distractions in the simulations—pedestrians, for example—that might cause this poor scanning. Nor were they less capable of looking around; indeed, they looked around just as much as the younger drivers in general—just not when they should be attentive to potential threats. In short, it appears that a failure to scan for potential hazards was by itself a cause of the crashes—rather than visual, cognitive or physical deficits.

So why aren’t older drivers watchful in risky situations? Here’s where it gets interesting. The scientists’ measurements suggest that older drivers weren’t mindful because they were spending significantly more time looking straight ahead. That is, they weren’t scanning to their left and right, as they should be, because they were looking elsewhere—in front of their car. The scientists believe that, over time, older drivers become intensely focused on not hitting anything right in front of the car–to the exclusion of other goals. It’s a habit, and not a bad one for most routine driving; but in intersections, it’s a perilous habit.

Habits can of course be broken, and the scientists attempted to do just that. They designed an experiment in which older drivers were filmed (by a head-mounted camera and three other cameras) as they drove near their homes. During the training that followed, some of the drivers actually watched this video of themselves driving through intersections. They were also evaluated in a simulator and given feedback, then allowed to practice proper scanning. Others watched no video, and instead got half an hour of instruction, including coaching about the hazards of intersections and how to deal with them. All of the drivers (and a control group) were evaluated afterward.

The results were dramatic. Those who had merely received instruction did no better than the control group in subsequent driving tests. That is, merely being told to be careful had no effect. But the older drivers who had received the video feedback were indistinguishable from younger, experienced drivers in negotiating intersections. What’s more, these improvements lasted a full year after the training. 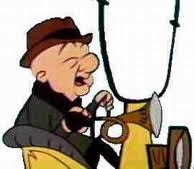 The training did not attempt to improve motor skills or attention in the older drivers. So the fact that this remediation worked—and so dramatically—means it’s unlikely that the scanning deficiencies are rooted in basic deficits of aging. It’s far more likely, the scientists, conclude, that the older drivers unlearned a bad driving habit.

This is welcome news. By the year 2030, one in four American drivers will be age 65 or older, and what’s more, these older drivers will be logging more miles on our roads and highways than ever before. Older drivers are holding on to their licenses longer, and relying less on others to drive them. Such training won’t affect older drivers who are visually, mentally or physically impaired—the Mr. Magoo’s of the highway—but it could be a simple and inexpensive method for helping with a looming public health problem.

Wray Herbert’s book, On Second Thought, is available in paperback. Excerpts from his two blogs—“We’re Only Human” and “Full Frontal Psychology”—appear regularly in Scientific American and The Huffington Post.

My mother is one of the worst drivers ever! She is 75 and terrifying. I have been debating on whether or not I should take away her keys and car, however, i knew if I did that she would be super offended. So instead, she agreed to take a driving class. 911drivingschool.com/drivers-education-adults and so far so good. I am crossing my fingers that it helps.