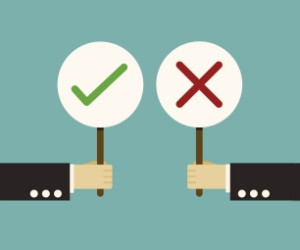 Over 100 million viewers tune in for the NFL’s championship Super Bowl game and musical Halftime Show. Historically, the NFL foots the bill for the musical entertainment; but in 2015 the NFL proposed that top talent like Katy Perry and Coldplay should instead pay them millions of dollars for the privilege of performing during the Super Bowl.

Katy Perry and other performers universally refused the deal. After all, Perry already brings in millions from her concerts and record sales. Instead of holding out and demanding that Perry “pay to play,” the NFL eventually conceded, offering the popstar a prime spot as the halftime headliner, free of charge.

Harvard Law School named the National Football League (NFL) as the most brazen negotiators of 2014 for their “pay to play” proposal. Walking away from a deal – even a bad one – may be harder than we think, particularly when a negotiation is framed using certain language.

In an article published in Psychological Science, researchers found that negotiators would rather take deals that are framed as an “agreement” versus those framed as an “impasse,” even when they lost money on the deal.

Tuncel and colleagues argue that a deep-seated preference for agreement over impasse may fuel the decision to accept a bad offer.

“If agreement represents the culmination of a cooperative exchange and impasse represents a block to it, and if maintaining cooperative relationships has adaptive value, people may value and seek agreement regardless of the accompanying economic losses,” Tuncel and colleagues explain.

Across seven experiments, the research team found that negotiators tended to place inherent value on striking a deal – even a bad one – if it was framed as an agreement. That is, people mistakenly associate agreement with success, and an impasse as a failure, even when economics clearly don’t bear this out.

In one online study, 561 participants were told that they would be playing a negotiation game with another random, anonymous person. In the game, participants received a series of offers from their negotiation partner (i.e., “You get $35, I get $40” and “You get $40, I get $36). Participants then had to choose between the two options.

In the experimental condition, participants saw the two offers labeled as “Agreement” and “Impasse” and in the control condition participants received offers for “Option A” and “Option B.” Otherwise, the two conditions were exactly the same.

Importantly, there was no economic incentive for participants to choose the lesser option for themselves. In all cases, the subject received more money from selecting an “impasse” than an “agreement.”

“This meant that the ‘Agreement’ (or ‘Option A’) choice was strictly inferior to its alternative, and choosing it would be sacrificing not only personal gain but also economic efficiency,” the researchers explain.

On average, participants in the control condition selected the personally disadvantageous option (i.e., “Option A”) around 15% of the time, while those in the experimental condition chose to give the better deal to the other player (i.e., “Agreement”) around 30% of the time.

These findings have implications for the way that language is used during a negotiation. Because agreement appears to be associated with positivity, while impasse has a negative connotation, it may be possible for negotiators to use this bias to their advantage.

“The mention of a possible impasse, even if not framed as a threat, will build tension and forestall cooperative discussions,” Tuncel and colleagues advise.