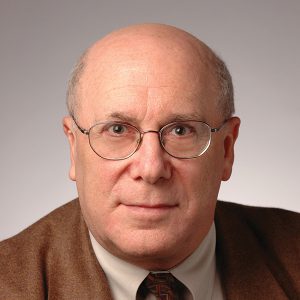 The American Academy of Arts and Sciences has released a new report on language education in the United States, with a psychological research perspective informing the findings and recommendations.

The report, produced by the Commission on Language Learning convened by the Academy, marks the first national study of language learning in 30 years and came at the request of a bipartisan group of US senators and representatives interested in how language learning influences economic growth, cultural diplomacy, and the productivity of future generations. The 18-member commission included a variety of language experts, including APS Fellow Philip Rubin. Noting that the vast majority of Americans are monolingual, the Commission concludes that the nation needs to significantly increase access to language learning to remain competitive in today’s global economy.

“While English continues to be the most commonly used language for world trade and diplomacy, there is an emerging consensus among leaders in business and government, teachers, and scientists that proficiency in English is not sufficient to meet the nation’s needs in a shrinking world,” American Academy President Jonathan Fanton said. “And parents are beginning to understand that there are real benefits to teaching their children a second or third language in addition to English: cognitive benefits, important habits of mind, and new and valuable perspectives on the world.”

Rubin is Chief Executive Officer Emeritus and former Senior Scientist at the Connecticut-based Haskins Laboratories, a nonprofit research institute focused on the science of speech, language, and reading. He now serves as Senior Advisor to the President of Haskins, which is affiliated with Yale University and the University of Connecticut.

Rubin said he helped the Commission devote serious attention to a number of key issues, including:

The Commission reports that the 65 million US residents who speak a language other than English at home represent only 20.7% of the total population, and only a fraction of this cohort is considered proficient in reading, writing, and speaking a second language. The group recommends a national strategy to improve access to as many languages as possible for people of every region, ethnicity, and socioeconomic background, with a goal of valuing language education as a persistent national need similar to education in math or English, and to ensure that proficiency in a second language is within every student’s reach.

The Commission’s report, “America’s Languages: Investing in Language Education for the 21st Century,” contains specific recommendations centered on five goals that aim to:

The report is available for free at http://www.amacad.org/language.