The Value(s) of IRBs

Let me say at the onset that institutional review boards (IRBs) serve an important role and generally do a pretty good job at it. To be sure, everyone engaged in research has their IRB stories, such as being told that their recruitment poster must put the payment amount in smaller More

The risks of politeness: It has its place only to a point

The Windsor Star: Dr. Aidan Feeney has a few thoughts about politeness. Essentially, he thinks it has the ability to cost lives. “The more serious the situation, the more likely you are to be polite and the more room there is for confusion,” says Feeney, a professor at the school More

Practice necessary, but not enough to master chess

Yahoo News India: There is a theory in psychology that the more you practice; the better you’ll do in areas like sports, music, and chess. But, a psychological scientist has claimed that practice is necessary, but not sufficient, for player to get to the master level. This may explain why More 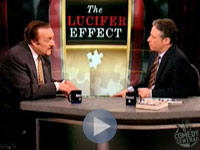 Evil: Is It Us or All Around Us?

Psychological scientist Philip Zimbardo reflected on his controversial Stanford Prison Experiment with Jon Stewart in a past episode of the Daily Show. In 1971, twelve students were randomly assigned to the roles of a prisoner or a guard in a mock prison in the basement of the Stanford psychology building. More

Pursuing big questions in psychological science is an international effort. APS recently co-sponsored programs featuring cross-cutting research presentations by some of the most distinguished scientists in the field — “Social Psychology and the Neurosciences: Perspectives and Pitfalls” at the European Association of Social Psychology (EASP); “Exploring the Dynamic Interaction Between More 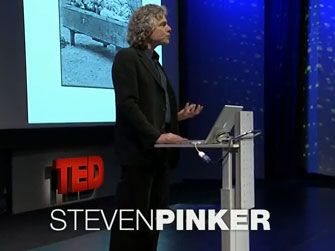 Two World Wars, the Cold War, and the rise of terrorism must make the past century one of the most violent in the history of our species, right? Not according to Harvard psychologist and APS member Steven Pinker, who argues in his new book, The Better Angels of Our Nature More