Testing Can Help Students After All

The Wall Street Journal: In recent years, testing has gained new importance in public schools, much to the chagrin of its critics. But several recent scholarly articles bolster the case that testing can help students learn. Testing has long been known to facilitate later recall. But psychologist Shana K. Carpenter More

Testing Can Be Useful for Students and Teachers, Promoting Long-Term Learning

Pop quiz! Tests are good for: (a) Assessing what you’ve learned; (b) Learning new information; (c) a & b; (d) None of the above. The correct answer? According to research from psychological science, it’s both (a) and (b) – while testing can be useful as an assessment tool, the actual More

APS Fellow David Funder is a Distinguished Professor of Psychology at University of California at Riverside. Funder is best known for his research in the field of personality psychology. He has authored numerous textbooks on personality and is a past editor of the Journal of Research and Personality. Currently, he More 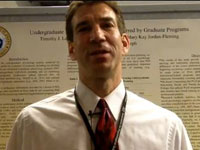 My name is Timothy Lawson from College of Mount St. Joseph and I presented my research at the APS 23rd Annual Convention in Washington, DC. To obtain recent information useful for advising and curriculum planning, we examined the undergraduate course preferences of all U.S. psychology graduate programs. PsyD programs’ preferences More

CNN: Tilia Wong worked in construction management before going to business school and got used to thinking of herself as a businesswoman who knew how to keep assertive behavior under wraps. “I’m a 24-year-old Asian girl telling a 55-year-old white guy what to do. I had to tone it down,&#8221 More

Older drivers could benefit from training programs that put them behind the wheel—in a driving simulator, with an observer who helps them develop their skills. That’s the conclusion of a new article published in Current Directions in Psychological Science, a journal of the Association for Psychological Science.  Older people are More