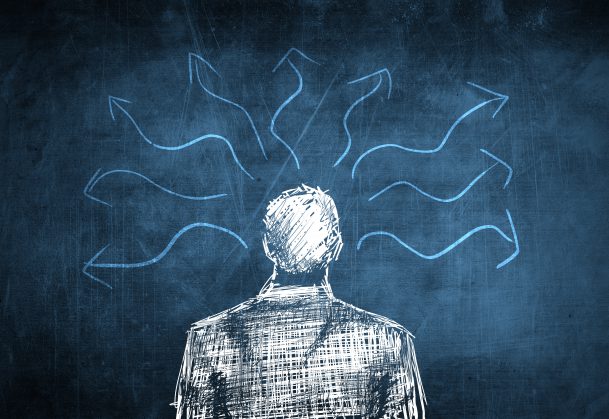 Recognizing when a situation calls for digging in your heels or throwing in the towel can be tough. Even in the face of negative feedback, your emotional investment in a job, relationship, or other endeavor can make it difficult to call it quits. According to one study in Psychological Science, the question of how people handle sunk costs may depend, at least in part, on whether pursuing a new course of action is framed as the more active or inactive option.

“People act in accordance to what they can justify for themselves and others,” said Gilad Feldman, a professor of psychology at the University of Hong Kong who studies judgement and decision making. “When prior outcomes are negative or there is negative feedback indicating things aren’t going as expected, the justified behavior is to take action to make corrections, whereas remaining inactive is harder to justify.”

In a series of studies, Feldman investigated this phenomenon by putting several hundred participants in the shoes of a hypothetical vice president of a struggling tech company. As part of this role, they were asked to imagine that their design for a radar-scrambling device got scooped, allowing their competitor to release a smaller, more effective product first. If the participant’s company continues development, they are unlikely to make a profit.

Participants in the escalation-as-action condition were given two options: either take action by authorizing the next year’s budget anyway, or to take no action, causing the project to be terminated without a budget.

Those in the de-escalation-as-action condition, meanwhile, were presented with the choice of taking action by ordering the termination of the project or taking no action, causing the project’s budget to be renewed automatically.

When faced with negative feedback about the project’s prospects, participants were more inclined to pursue whichever option was framed as taking action – although the results indicated that portraying escalation as action and de-escalation as inaction resulted in a stronger effect overall.

This heightened action orientation pushes people to want to do something – in some cases, anything, regardless of relevancy, Feldman added – to correct the course of events.

The next step in this line of research is to establish the generalizability of action-inaction framing in every-day situations outside a laboratory setting, he said. Mapping action-inaction biases may also have the potential to offer a new perspective on “irrational” decision making.

With the stroke of the president’s pen, a new U.S. appropriations bill becomes law—and it’s one that carries good news for psychological science. More

PsyCorona: A World of Reactions to COVID-19

This online data visualization tool provides a historical record of psychological and behavioral reactions to the pandemic, based on responses from more than 60,000 participants globally. More