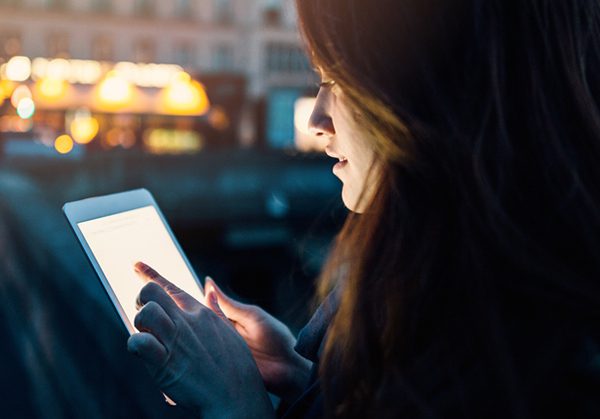 The Internet age introduced a completely new way for people to connect — remotely, through social media platforms such as Facebook, Snapchat, Twitter, and Instagram (to name just a few). People can spend hours a day curating their online personas and establishing their online connections. A psychological phenomenon that has arisen out of this increased Internet presence is social media’s influence on a person’s sense of self; that is, the knowledge, attitudes, and evaluations that individuals has about themselves.

Although people generally strive for a firm sense of self, they differ with regard to how clearly their self-concept is defined and the extent to which it is internally consistent and stable. Research has found that communication can be both beneficial and detrimental to the development of a firm self-concept, and that although many people try to make their online personas true reflections of their offline selves, they often fall short of that goal.

In online contexts, people can take on a variety of different personas, some of which are more closely associated with their “true” selves than others. According to the fragmentation hypothesis, social media may highlight the ability of people to project these varied types of personas, which ultimately can impair an individual’s development of a clear and stable self-concept. From this viewpoint, increased social-media usage leads to a less-clear sense of self.

In contrast, the self-concept unity hypothesis posits that people are motivated to present true — albeit flattering — portraits of themselves online. Social interaction partners validate this self-view, strengthening perceptions of self-concept. This hypothesis then predicts that social-media usage results in greater self-concept clarity.

The researchers examined the relationship between sense of self and social-media usage in a series of three studies. In the first two studies, participants between the ages of 14 and 48 (Study 1) and between the ages of 14 and 20 (Study 2) completed survey measures of self-concept clarity, Facebook intensity (i.e., peoples’ feelings of connectedness to Facebook), and how often they accessed Facebook (both Study 1 and Study 2), and reported typical activities that they engaged in on Facebook (Study 2 only). In both Study 1 and Study 2, participants who reported the most Facebook usage showed the haziest self-concept.

While social-media platforms such as Facebook appear to be embedded in modern culture, these findings indicate drawbacks to engaging with these types of online platforms.