Publications > Observer > Observations > The White House Budget: Does It Distort The Science of Choice? 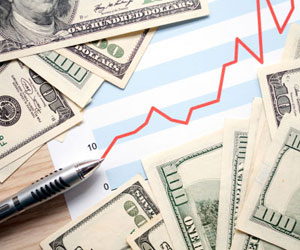 President Obama’s budget proposal released this week has turned the arcane term “chained CPI” into a controversial buzz phrase. This new calculation for the Consumer Price Index (CPI) assumes that as prices rise, consumers will simply turn to lower-cost alternatives, thus softening the impact of the price hikes. For example, if the cost of Red Delicious apples rises, people will just buy Gala instead, the theory holds.

But does behavioral science support this measure?

Barry Schwartz, a Swarthmore College professor who studies the links between economics and psychology, points to a dearth of empirical evidence showing that people consistently and reliably switch to cheaper substitutes when prices escalate.

Schwartz, an APS fellow and the author of such books as The Paradox of Choice: Why More is Less (2004), is a leading authority on consumer decision-making. And he has called on policy-makers to consider behavioral research findings, not just economic theories, in tackling the nation’s problems. He doubts they did that when adopting the chained CPI as part of the budget blueprint.

Chained CPI is being pitched as a way to lower federal spending, since it will clip cost of living adjustments on federal benefits. (Those benefits are directly tied to the CPI.) But consumers don’t always adhere to the substitution effect that underscores the measurement, he suggests.

“People form loyalties to brands and to stores,” Schwartz says. “When it comes to reasonably complex products — computers, cars, cell phones — they know that what they have does the job, and they don’t know which alternative will be an adequate substitute.”

Also, there’s no evidence that people actually regard “substitutes as substitutes,” he says. E-books, for example, may be an economical alternative to the higher-priced print versions, but not for parents trying to wean their child off a budding addiction to screens.

“In a world of butter and margarine, store-brand bread versus national-brand bread, and other simple goods, the assumption about substitution might be okay,” Schwartz concludes. “But given what people actually spend their money on in 2013, I’m highly dubious.”

Schwartz, the Dorwin Cartwright Professor of Social Theory and Social Action at Swarthmore College, delivered the “Bring the Family Address” at the 24th APS Annual Convention. Read about Schwartz’s address or watch the video.

Publications > Observer > Observations > The White House Budget: Does It Distort The Science of Choice?