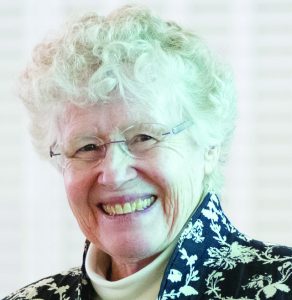 The Society for Experimental Psychologists (SEP) has given honors to seven APS Fellows, including two who are recipients of lifetime achievement awards. APS Fellow F. Gregory Ashby has been awarded the 2017 Howard Crosby Warren Medal, which SEP gives annually in recognition of outstanding achievement in experimental psychology in the United States and Canada. APS Fellow Mary (“Molly”) Potter has received the 2017 Norman Anderson Lifetime Achievement Award in recognition of her groundbreaking discoveries about the human mind’s ability to rapidly extract meaning from words, images, and visual scenes. 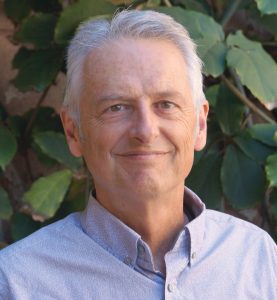 Ashby, a professor in the Department of Psychology at the University of California, Santa Barbara, is credited with bridging mathematical and cognitive psychology through his early work on stochastic models of elementary psychological processes. His work on general recognition theory in the 1980s and 1990s provided a framework for studying the complex cognition required for categorizing multidimensional spaces and tasks. This research has helped illuminate how people classify objects in their environment.

Potter, a professor in the department of brain and cognitive sciences at the Massachusetts Institute of Technology for nearly 50 years, has garnered international acclaim from the scientific community for her research on the very rapid processes involved in perceiving, comprehending, and remembering what we’ve seen or heard. Her research has demonstrated that people discern the meaning of a picture or a word within a fraction of a second — much faster than the 1 to 2 seconds required for forming a brief memory of the stimulus. Potter developed the pioneering rapid serial visual representation paradigm, which allows researchers to examine the earliest levels of visual information processing.

Potter’s research also includes seminal contributions to attention and language comprehension, including the discovery of repetition blindness and the theory of attentional blink. In 2016, she lent her extensive expertise as a coauthor on a comprehensive Psychological Science in the Public Interest report on the shaky science of speed reading.

Karpicke, James V. Bradley Associate Professor at Purdue University, studies human learning and memory, cognitive science and education, learning and cognitive strategies in children, and educational technology. In a 2012 review published in Current Directions in Psychological Science, Karpicke emphasized the importance of retrieval-based learning, an approach that holds that retrieval of information not only enforces it through repetition but also helps develop long-term knowledge.

In 2014, Karpicke received the Presidential Early Career Award for Scientists and Engineers, the highest honor bestowed on early-career researchers in science and engineering. He is also a 2011 APS Rising Star.

Fiske, Eugene Higgins Professor of Psychology and Professor of Public Affairs at the Princeton University, is best known for her work on how people choose between category-based versus individuating impressions of other people. Employing methods ranging from neuroimaging to representative sample surveys, she has devoted her career to investigating how stereotyping, prejudice, and discrimination are encouraged or discouraged by social relationships. She is an APS William James Fellow and will receive the 2017 APS James McKeen Cattell Fellow Award on May 26 at the APS Annual Convention in Boston, Massachusetts.

Hummel, a professor of psychology and philosophy at the University of Illinois at Urbana–Champaign, investigates the representation and processing of relations in perception and cognition. He employs both behavioral experiments and computational modeling to investigate perception of spatial relations, shape perception, relational reasoning, the acquisition of relational concepts, and belief revision.

Meltzoff, and internationally renowned expert on infant and child development, holds the Job and Gertrud Tamaki Endowed Chair and is the Co-Director of the University of Washington Institute for Learning & Brain Sciences. Meltzoff has used novel infant electroencephalogram measures to explore the neural mechanisms underlying human imitation and the ontogenesis of the body image. He also is developing new paradigms for studying gaze-following in infants, as well as the relation between gaze-following and later development. His other work includes collaborations with computer scientists, testing theories of psychological development using “social robots” and computational models.

Rouder is a professor at the University of Missouri. His lab explores how people process and combine new perceptual information with pre-existing knowledge such that they can reach quick, effortless decisions about the world around them. He also develops nonlinear hierarchical models for improved estimation and inference, and ultimately better theory development, across a number of domains.

Other psychological scientists named 2017 SEP Fellows are Silvia A. Bunge and Jack L. Gallant, both of University of California, Berkeley, and Randall C. O’Reilly of the University of Colorado at Boulder.

Established in 1904 by the British psychologist Edward Bradford Titchener, SEP is the oldest, most prestigious honor society dedicated exclusively to psychology. The society’s purpose is to honor its members and gather for annual research presentations by its fellows.