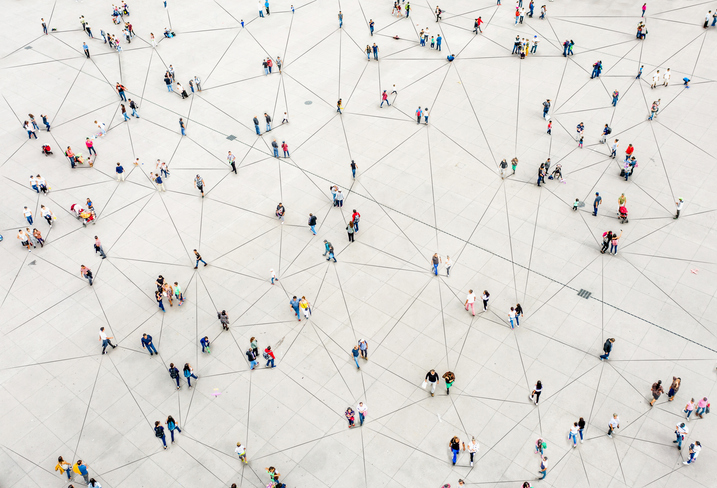 People with traits, interests, and experiences in common are more likely to become friends, but research suggests that friendship may cause us to develop more similar traits as well. In fact, findings in Psychological Science indicate that not only are individuals with similar linguistic styles more likely to form friendships, but also that friends influence one another’s linguistic styles over time, contributing to the relational “echo chambers” common on social media and in society as a whole.

“A key driver of social interaction is the principle of homophily: “birds of a feather flock together,” write Balazs Kovacs (Yale University) and colleague Adam M. Kleinbaum (Dartmouth College). “We suggest that the causal arrow points in the other direction as well: In addition to linguistic similarity driving tie formation, friendship ties will also induce increases in linguistic similarity.”

Kovacs and Kleinbaum investigated this cyclical relationship through a set of two complementary studies: one analyzing the linguistic styles and in-person social networks of graduate students and another following the relationships between users of the online review platform Yelp.

In the university study, Kovacs and Kleinbaum compared the linguistic styles of 285 first-year graduate students using both their application essay and an exam essay written 2 months later. The researchers also collected information about students’ social networks within the graduate program at both time points.

Next, the researchers analyzed the writing samples using the Linguistic Inquiry and Word Count (LIWC) coding system, which is used to code linguistic style on the basis of differences in pronoun usage, among other factors. Heavy use of first-person pronouns such as “I” and “me” in writing, for example, has been associated with introversion and depression, whereas frequent use of the third-person pronouns “he,” “she,” and “they” has been associated with higher levels of abstract thinking.

In line with previous findings, Kovacs and Kleinbaum found that students who began the semester with more similar linguistic styles were also more likely to report spending free time together and were more likely to remain friends if they had already formed a connection at the beginning of the program. Additionally, students who became friends early in the program demonstrated more similar linguistic styles during the written exam.

“Even though these markers of linguistic style are unconscious, they reflect students’ psychology in ways that are observable to one another and that, consequently, affect their choices of whom to befriend,” Kovacs and Kleinbaum write.

These effects, however, were small the researchers cautioned, possibly because of the relatively short duration of the study. In order to investigate the relationship between social networks and linguistic style over a larger timescale, Kovacs and Kleinbaum made use of 1.7 million Yelp reviews written by 159,651 users in in six cities in the United States who also used the site’s social networking functions during 2016 and 2017.

This effect was stronger for Yelp users than it was for the student participants, possibly because they interacted primarily through reading one another’s written reviews online, the researchers note. Unlike in the previous study, the data may also have been influenced by the fact that people are far more likely to add friends than to drop them in online settings.

In-person friendships often end by simply falling dormant when people see each other less often and stop talking, the researchers explain, but because actively unfriending someone on social media is generally perceived to be openly hostile, people often remain friends online when they might otherwise  have drifted apart. This limitation, however, is addressed by the in-person nature of the first study .

“The two studies together constitute robust evidence of the selection and convergence mechanisms that give rise to linguistic homophily,” Kovacs and Kleinbaum write. “These mechanisms go beyond mere clustering of political views and give rise to more fundamental social ‘echo chambers’ that insulate us from dissimilar others.”

This groundbreaking study is brilliant. Linguistic homophily is an area that has been overlooked and I’m thrilled to see Kovacs & Kleinbaum digging in. Their Yelp data is extremely impressive, hardcore research.