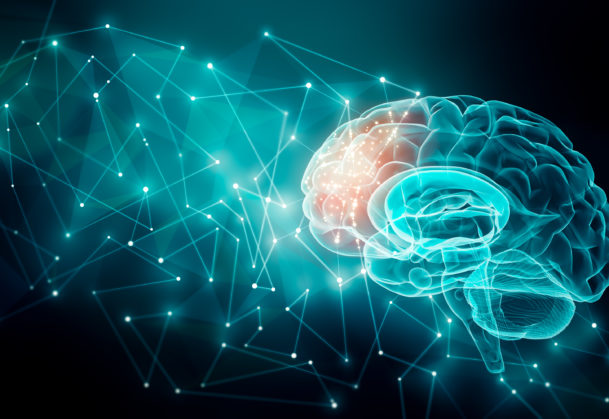 One of the most profound yet least intuitive advances in science over the past century is Albert Einstein’s general theory of relativity, which—among other things—defines how both space and time are woven together into the fundamental fabric of the cosmos: spacetime. This seemingly esoteric theory has surprisingly direct influence over our everyday lives, from enabling GPS navigation to helping maintain global communication networks.

Remarkably, the idea of spacetime also has an insightful corollary in neuroscience, as explored in APS’s 2020 Fred Kavli Keynote Address, presented by György Buzsáki of New York University. In his talk, delivered virtually due to the cancellation of the 2020 APS Annual Convention, Buzsáki challenged the prevailing idea that “time” and “space” are encoded in the brain in separate representations or “coordinates.” Instead, he postulated that neural activity can be described as a succession of events along a timespace continuum.

Buzsáki’s central idea is that, rather than thinking of our brains as blank slates at birth, we are born with brains that are essentially filled with existing, though largely random and incoherent, patterns. He refers to this as an “inside-out” framework in which the brain comes with a preconfigured and self-organized dynamic that constrains how it acts and how it views the world. In the brain’s nonegalitarian organization, preexisting nonsense brain patterns become meaningful through action-based experience.

As a touchpoint throughout his talk, Buzsáki referenced the 1890 publication of The Principles of Psychology by William James, then at Harvard University. Buzsáki noted that the vocabulary we use to describe psychology now lives within the titles of the chapters in this seminal book. Examples include chapters like “Memory,” “Sensation,” and “Imagination.” These same concepts live today within the established “input and output” model of the brain.

“In this framework, the brain doesn’t change a lot with new experience,” Buzsáki said. “We can learn any amount of novel things without changing our brain dynamic. This is not possible in the tabula rasa, blank-slate model.”

Buzsáki contended that the current model of neuroscience is akin to a “blank slate” model in which the brain evolves from very simple to very complex after many years of learning. In this system, the brain starts out with random, egalitarian connections.

The view advocated by Buzsáki in his talk, however, is that a “skewed,” or nonegalitarian, arrangement of neurons exists in preformed networks in the brain. With these intrinsic networks, the brain is able to generate an enormous number of synapse patterns without any prior experiences. Taking his cue from mathematics, Buzsáki compared the skewed and blank slate distribution of neuron models to logarithmic and linear functions, respectively.

In the linear, blank-slate model, Buzsáki observed that we start with a simple brain, and like blank pages, we fill in the details. In his talk, however, he discarded this possibility and instead concluded that brains come with a preconfigured dynamic and a realm of possible neuronal sequences.

“In this framework, the brain doesn’t change a lot with new experience,” Buzsáki said. “We can learn any amount of novel things without changing our brain dynamic. This is not possible in the tabula rasa, blank-slate model.”

The entire APS Fred Kavli Keynote Series, a “blue ribbon” collection of presentations by prominent psychological scientists from around the world., can be found here.

Wonderfully enlightening lecture. The subject matter is far from my field of social psychology, but throughout I could feel “meaning” happening as I felt I was recognizing parallels between Buzsáki’s conclusions and some of the earlier revolutions in science and psychology. “Space-time” may be implicit in the brain (not just in Einstein’s!). The dependence of sensation on frequency and amplitude of neural activity makes sense in this world of sequences. Evolved brains can be expected to have a structure and perhaps a developmental sequence as well. Piaget suggested that “thinking is operating”, even after the operation becomes internal. “Pruning” of neural connections can be seen as preserving the sequences that fit feedback (not input) from the world. Life-history trajectories similarly could depend on feedback from action. Chomsky’s “language acquisition device” (regardless of details) makes sense in the inside-out brain. This is so much more than a theory of memory!