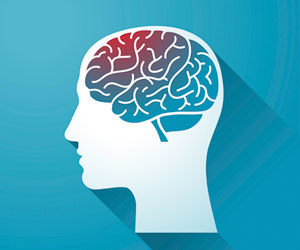 The Kavli Foundation and its university partners have announced the commitment of more than $100 million in new funds to enable interdisciplinary research on the brain and brain-related disorders, including as traumatic brain injury (TBI), Alzheimer’s disease and Parkinson’s disease.

The new funding will support research that moves forward the national Brain Research Advancing Innovative Neurotechnologies (BRAIN) Initiative, a public and private collaboration launched by President Obama in April 2013. At the time of the President’s announcement, The Kavli Foundation publicly pledged to spend $40 million in support of basic neuroscience research.

“With this announcement, the Foundation more than meets this commitment,” Robert W. Conn, President and CEO of The Kavli Foundation, said during an October 1 briefing in Washington DC. “The establishment of three new institutes, along with the added investment in our existing neuroscience institutes, will further empower great scientists to help write the next chapter in neuroscience.”

The BRAIN Initiative is supported by federal agencies, including the National Institutes of Health, National Science Foundation, and the Defense Advanced Research Projects Agency, and private partners such as The Kavli Foundation.

“I believe this initiative has the potential to transform our understanding of the fundamental processes of the structuring and functioning of the brain and the way brain activity is expressed in normal and abnormal behavior,” APS Fellow Alan I. Leshner, CEO Emeritus of the American Association for the Advancement of Science, said at the briefing.

The Kavli Foundation, established by California philanthropist Fred Kavli to promote the public understanding and support of scientists and their work , is actively involved in establishing major research institutes at leading universities and institutions worldwide.

Following its announcement about the new initiative, the foundation hosted a symposium titled Neuroscience in the 21st Century.  Leshner moderated the event, which featured neuroscientists discussing the future of the field and the BRAIN Initiative. Much of the discussion during that event illuminated the expanding opportunities for psychological scientists to cross disciplinary boundaries in their efforts to explore the human brain.

In an opening panel at the symposium, APS Fellow Larry Squire, a University of California, San Diego professor who is recognized internationally for his research investigating the organization and neurological foundations of memory, noted that neuroscience is often done in programs, not departments, and that young investigators are now becoming skilled in more than one discipline.

Ayse P. Sagin, an early-career scientist who runs a neuropsychology Lab at UC San Diego, echoed Squire’s description by reflecting on her own experience. The BRAIN initiative, she said, allows her to explore computer science, robotics, biology, and other disciplines.

“I’m a scientist,” she said. I don’t know if I’m a biologist or a computer scientist. I sniffed my way around until I found things that made sense.”