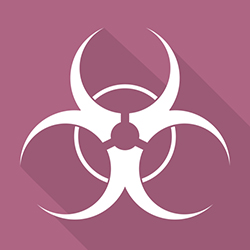 Americans are now fretting over an illness that they have almost no chance of contracting. Schools have closed, businesses have temporarily shut down, and people who have traveled to West Africa are being shunned — all due to three confirmed cases, and one fatality, of Ebola in Dallas.

As APS Fellow Paul Slovic tells Time, the chilling lethality of the Ebola virus leads people to worry about contracting the disease despite the miniscule probability they will do so.

What’s more, research suggests that the public panic over Ebola may prompt people to start worrying about their health in general. During the 2009 swine flu pandemic, psychological scientists Spike W. S. Lee, Norbert Schwarz, Danielle Taubman, and Mengyuan Hou from the University of Michigan conducted two field experiments to see how a minor, everyday potential indication of flu would affect people’s perception of risk and threat of contagion. In both cases, the researchers used a sneeze to prime the participants. The results of their studies were published in Psychological Science.

During the first experiment, Lee and colleagues examined how students on the University of Michigan campus would react when they passed a study confederate who did or did not sneeze while walking by. When polled, participants who had passed the sneezing person perceived the average American as being more likely to have a heart attack before age 50 or to die from a crime or accident. They also rated the United States health-care system more negatively than their control counterparts.

In the second study, an experimenter polled 47 pedestrians in downtown Ann Arbor with a 1-minute survey. The researcher coughed and sneezed while covering her mouth with her forearm before handing the questionnaire to half the participants. In this study, those who had received the poll after the researcher sneezed were more likely to favor federal spending on flu vaccines over the creation of “green” jobs.

These findings suggest that the media-fueled public panic over Ebola may have a psychological side-effect — heightening people’s worries about their susceptibility to other illnesses as well.

New research connects a sweet spot of recreational fear to a telltale range of heart rate fluctuations, shedding light on the mind-body connection between fear and fun. More

Haunted houses, horror movies, and ghost stories can provoke chilling delights, provided the fear they evoke remains in a “Goldilocks zone” that is neither too terrifying nor too tame. New research connects this sweet spot of recreational fear to a telltale range of heartrate fluctuations, shedding light on the mind-body More