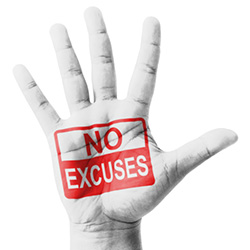 Los Angeles Clippers owner Donald Sterling and Nevada rancher Cliven Bundy are the latest in a long line of public figures — Paula Deen, Mel Gibson, Duck Dynasty patriarch Phil Robertson — whose remarks have drawn accusations of racism. In all of these cases, words are receiving much more attention than deeds.

Sterling’s remarks about Blacks are receiving far more attention than his alleged discriminatory behavior against African American and Latino tenants at apartment buildings he owns.

For more than 20 years, Bundy has refused to pay fees for the cattle he has been grazing on federally owned lands, arguing that he does not recognize the existence of the US government. But he only became a household name after questioning whether African Americans were “better off as slaves.”

People may view trespassing and housing discrimination as immoral, but it is the men’s statements that have put them on the front pages of newspapers worldwide. A recent psychological study casts light on this focus.

An international team of researchers, led by social psychologist Eric Luis Uhlmann of the European business school HEC Paris, demonstrated that while people may generally view a racist attitude as less blameworthy than violence or theft, they regard racism as a clearer indication of poor moral fiber.

Uhlmann and colleagues Luke (Lei) Zhu (University of British Columbia, Canada) and Daniel Diermeier, (Northwestern University) began their study with 82 adults (nearly 75% of whom were Caucasian) who read descriptions about two factory managers who are unhappy with a coworker. One of the managers punches the disliked coworker in the face. The other manager utters a racial slur to himself about the other person.

Participants generally rated the physical assault as more morally wrong than the slur. But the manager who used the slur was rated as having worse moral character than the manager who hit the coworker.

In the second experiment, the researchers demonstrated that people judge misdeeds more harshly when they’ve already judged the integrity of the perpetrator. In this phase, they recruited nearly 250 individuals and asked them to rank which of two acts — stealing a car or defacing a picture of Martin Luther King, Jr. — was the most immoral. Half of the participants were asked to first judge the actual actions and then the character of perpetrator; the other half reported the judgments in reverse order.

Among the participants who first judged the acts themselves, only 37% felt that the act of vandalism was more immoral than the car theft. Nearly 60% of participants in this group said defacing the MLK picture reflected worse moral character than stealing the car.

But the people who first judged the person’s character tended to express greater condemnation of the person than the action itself.

“Thus, when participants first condemned the moral character of a person who committed a symbolic bigoted act, evaluations of the act itself became correspondingly more negative,” Uhlmann and his collaborators write in the European Journal of Social Psychology.

The researchers conclude that the outrage over racist behavior is “in some cases less about what the individual actually did than what it says about them as a person.”