The 24th Annual APS Convention kicked off with a ceremony honoring the recipients of its 2012 awards for 2012.

Richard Heimberg, from Temple University, president of the Society for the Study of Clinical Psychology, presented the society’s Distinguished Scientist Award to William E. Pelham from Florida International University. 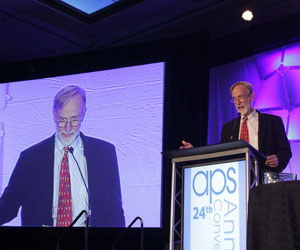 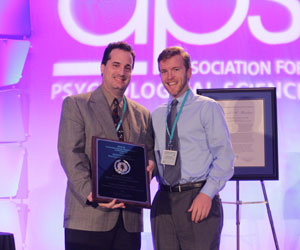 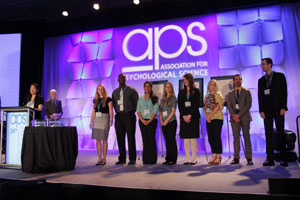 Three categories of APS Lifetime Achievement Awards were bestowed at the meeting. 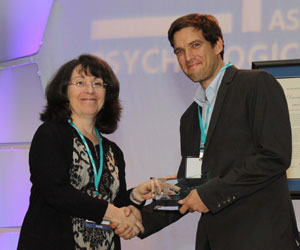 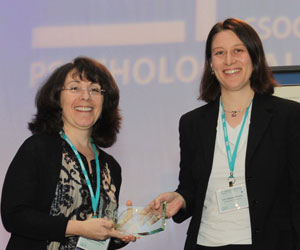 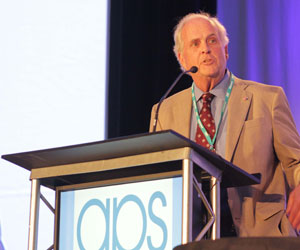 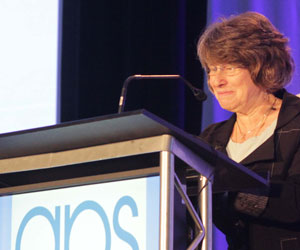 Finally, Medin honored recipients of the William James Fellow Award, the lifetime achievement award given to researchers who made significant intellectual contributions to the basic science of psychology. This year’s recipients were Ellen S. Berscheid, University of Minnesota; Elaine C. Hatfield, University of Hawaii at Manoa; and Henry L. Roediger, III, Washington University in St. Louis. 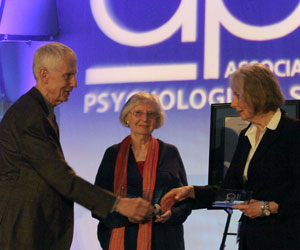 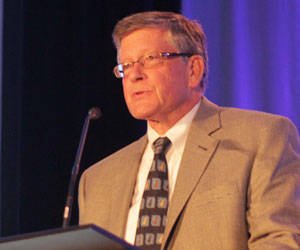 Many of the recipients will give award addresses on Friday, May 25. For a schedule, talk titles and more information about the 2012 recipients, see the online convention program.

Everything from traffic to tests can cause us to “freak out,” yet some people naturally handle stress better than others. Joëlle Jobin, 2012 APSSC Student Research Award winner, wanted to see if being an optimist or a pessimist could change the way stress affects individuals. When we stress out, our More

A Milestone for CPS