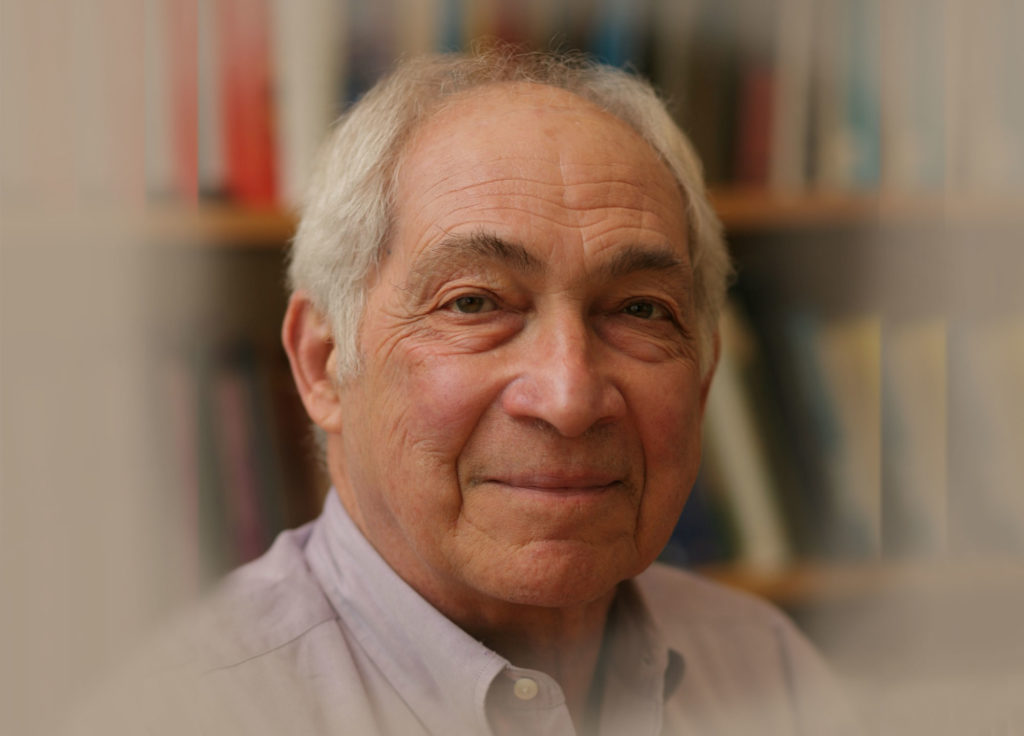 As a researcher, he pioneered the experimental study of metaphors, idioms, sarcasm, and irony. As a psychology professor at Princeton University for 44 years, he “emanated joy every single day at work, inspiring and supporting hundreds of students, postdocs and colleagues,” according to colleague and APS Fellow Adele Goldberg in a remembrance on the Princeton website. And as the third editor of Psychological Science, he oversaw the publication of dozens of influential articles by established and rising researchers. These and a great many other contributions make the loss of APS Fellow Sam Glucksberg significant to APS and the psychological science community.

Glucksberg died August 29 at age 89 of complications from a stroke the day before. He is survived by his wife, former APS President (1997–1998) Kay Deaux, Distinguished Professor, Emerita, psychology and women’s and gender studies, City University of New York Graduate Center, and visiting scholar in the Department of Psychology at New York University; his brother, Harold Glucksberg; and his children Matthew Glucksberg, Kenneth Glucksberg, and Nadia Glucksberg and their families.

A charter member of APS in 1988, Glucksberg chaired the Publications Committee in its critical earliest years and later edited Psychological Science from 2000–2003, years during which manuscript submissions soared 58% and its impact factor rose among psychology journals, including, in 2001 and 2002, being the top-ranked nonclinical empirical journal in the Institute for Scientific Information’s Multidisciplinary category. In 2001, in delivering the APS William James Distinguished Lecture, he deconstructed “the conventional assumption that literal meaning is more easily understood than figurative speech,” according to APS coverage of the address. “For example, the phrase ‘some roads are snakes’ does not mean that some roads that cars drive on are in fact slithering snakes. The phrase has no rational literal meaning,” wrote Brian Weaver. “In this case, Glucksberg said, our brains make the metaphor an implicit simile—some roads are like snakes.”

Glucksberg explored metaphors more deeply in “Understanding Metaphors,” published in 1998 in Current Directions in Psychological Science. He offered two major conclusions about how people comprehend metaphors. “First, it is not optional. People apprehend metaphorical meanings as quickly and as automatically as they apprehend literal meanings. Second, people understand metaphors exactly as they are intended, as categorical assertions. In a sense, this is reassuring. People often mean what they say and say what they mean. When I say that my surgeon was a butcher, in a sense I mean it literally. I do not mean that my surgeon was merely like a butcher, but that he actually is a member of the category of people who botch jobs in reprehensible and often appalling ways.”

Above all, say some who knew him well, Glucksberg was a delightful, funny, and warm personality. “Sam was always such fun. That is what I will miss most,” said Alan Kraut, APS’s founding executive director. “At an APS event honoring Larry Erlbaum, the founder of LEA Press and the key publishing advisor to APS, Sam’s tribute included showing a never-cashed check of something like $5.69 that Larry had given him many years before as an advance on a book. In a note accompanying the check, Sam claimed that Larry asked him to cash it and split it with the co-author—that issuing two checks totaling $5.69 was going to lose LEA money. The crowd (and Larry) howled!”

Read about some of the psychological scientists who died in 2021.

People Prefer Products That Help Them ‘Save Face’ in Embarrassing Moments

People who are feeling embarrassed are more likely to choose items, such as sunglasses or ‘restorative’ lotion, that hide or ‘repair’ the face, according to new research published in Psychological Science, a journal of the Association

Metaphors for Musical Pitch Vary, but the Basic Principles Are the Same

Most Americans think of musical pitches as being “high” or “low.” But this height metaphor isn’t universal — some cultures use “thin” and “thick” or “light” and “heavy” to describe musical pitches. New research published