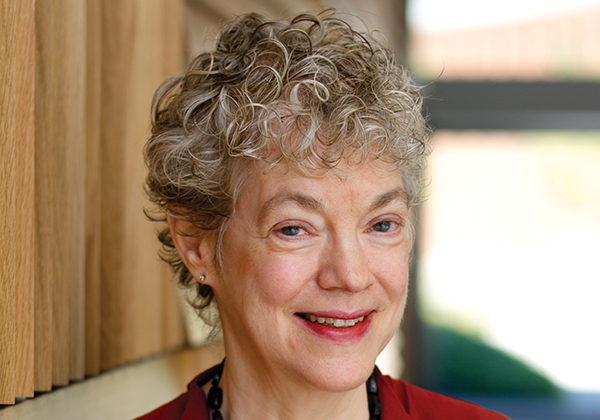 How could the peaceful, egalitarian social fabric of Denmark have anything in common with the religion-based hostilities in Pakistan?

Although the living conditions that Danes experience may appear to be the polar opposite of those that Pakistanis face, both societies have cemented senses of friend and foe. Drug addicts and beggars are among the only outliers in Denmark’s overall cohesive, homogenous society. In Pakistan, Muslims clearly stand as the in-group and Christians as the out-group.w could the peaceful, egalitarian social fabric of Denmark have anything in common with the religion-based hostilities in Pakistan?

APS Past President Susan T. Fiske is studying these extreme levels of peace, conflict, and income distribution as a way to expand on the stereotype content model (SCM) that made her a leading figure in social psychology. With her colleagues, she has applied her SCM — which she has empirically tested to explain the intricacies of bias, prejudice, and discrimination — to global measures of income disparities and social harmony. The results advance a new understanding of why cultural stereotypes and prejudices become so convoluted in pluralistic regions such as the United States and Latin America, yet so calcified in some of the most peaceful and war-torn regions on the planet.

Fiske, Eugene Higgins Professor of Psychology and Public Affairs at Princeton University, shared her findings in her APS James McKeen Cattell Award Address at the 2017 APS Annual Convention in Boston.

The Structure for Stereotypes

Fiske and her colleagues developed the SCM at the turn of this century. According to the theory, people are predisposed to evaluate other individuals, ethnicities, socioeconomic groups, vocations, and even corporations along the dimensions of warmth and competence: We favor people whom we see as trustworthy and competent, and snub those we see as suspect and inept.

The second thing you need to know, Fiske continued, is whether or not a person can act on that intent — if they can’t, they’re inconsequential.

For certain groups and people, however, these judgments are not as one-dimensional. Although there are some variations from culture to culture, certain population segments (the elderly, people with disabilities) generally are found to arouse pity and fall into a warm yet incompetent category, while others (rich people, Ivy League scholars) may evoke envy and are regarded as cold but competent. Both envy and pity are ambivalent emotions. In contrast, pride (toward the middle class) and disgust (toward the homeless) are unequivocally positive or negative, Fiske noted.

“So the overall model is that the images of warmth and competence are caused by social structure — that is, people’s perceptions of who is competitive and exploitative or cooperative determine who is seen as trustworthy and warm and, if they’re high status or low status, that determines whether they’re seen as competent or not,” she said.

Fiske and her collaborators soon split these stereotype combinations into four quadrants:

Two decades’ worth of data collection from samples ranging from undergraduate students to respondents on Mechanical Turk to representative samples show this stereotype content applies to groups as disparate as immigrant populations (with variance from one country to the next), animals, and even corporations. Dogs and cats, for example, fall into the
warm/competent quadrant, while cows and ducks sit in the warmth/incompetence space. Luxury brands such as Mercedes and Rolex score high on competence but low on warmth, while Amtrak is regarded as well-intentioned but inept.

In collaboration with researchers such as social psychologist Federica Durante, University of Milan-Bicocca, Fiske has begun examining sociopolitical factors that add more gradation to the SCM.

In a study published in 2013, Durante and Fiske collected and analyzed 37 datasets from 25 nations, encompassing SCM measures collected through questionnaires. They then combined all the data with the Gini index of income distribution of each nation.

The results showed a significant link between societal inequality and ambivalent stereotypes. In other words, people in economically unequal countries tend to place outgroup members in the warm/incompetent or cold/competent quadrants — as if unequal countries have more explaining to do.

“So what’s going on with that? How come they don’t fit the model?” Fiske asked. “Well … they’re both high-conflict countries. So maybe inequality is not the whole story. Maybe peace and conflict matter.”

The answers to those questions came in a separate study, the results of which were reported in 2017. Durante and Fiske led another international team that collected data, including warmth/competence ratings, from more than 4,000 people in 38 countries. They combined all the data with both the Gini index of income distribution of each nation and the Global Peace Index, a report produced by the Institute of Economics and Peace (an international think tank that measures the relative position of a nation’s peacefulness).

Matching the indices up with the SCM data, the researchers found that people in low-conflict, egalitarian countries such as Switzerland share a strong national identity but view outcasts such as undocumented immigrants or the nomadic Roma people with disgust. In extremely conflict-riddled regions, groups or factions share a common cause in their clashes with other groups. In Pakistan, for example, Muslims and educated people elicit positive stereotypes, while beggars, illiterate people, and Christians arouse intensely negative reactions.

“The extremes of peace and conflict predict unity — and univalent stereotypes,” Fiske said.

So what about pluralistic societies that deal with only moderate conflict, such as those in North and Latin America? Data showed that people tend to carry ambivalent stereotypes about groups in their own in countries where income gaps are wide and conflicts are moderate or subtle.

“There’s more ambivalence in places like the US and Mexico and Peru, where there’s a fair amount of income inequality and moderate peace–conflict,” Fiske explained. “I think it’s not a coincidence that the Americas have a very long history of receiving immigrants, and so we have a complex story to tell about how our society works and how inequality works, about who’s us, who’s not us, who’s partially us, and on what dimension. So the ambivalence tells a story about the mixed-up soup that our society is.”

Fiske and Durante noted a few limitations of the research, including some difficulty encountered in collecting data from more than a few high-conflict countries. The results do not show causality, they added.

Nevertheless, the work reveals how stereotypes go beyond valence and are heavily influenced by income distribution and civil or multilateral relations, Fiske said in her award address. In the intermediate areas of income distribution and political stability, outgroups elicit a mix of positive and negative stereotypes. But the dividing lines between ingroups and outgroups harden when income imbalances are at their worst and when a nation is at an extreme of either peace or strife.

These measures can also predict the type of hostile or discriminatory behavior that certain groups endure from country to country, Fiske said. Much of that can be reversed by changing people’s image or understanding of the social structure, she added.

“For example, if you say there are immigrants coming to our country from the dregs of their society and they’re trying to exploit Americans and take away jobs, then you’re going to think those groups are disgusting,” Fiske said. “If you say the immigrants coming to our country are … very tough, determined, and competent to get here in the first place because we make it so difficult, and they grow the economy because they want to send money home, that’s a different structural narrative about why they’re here. Different stereotypes follow and different emotions follow.”