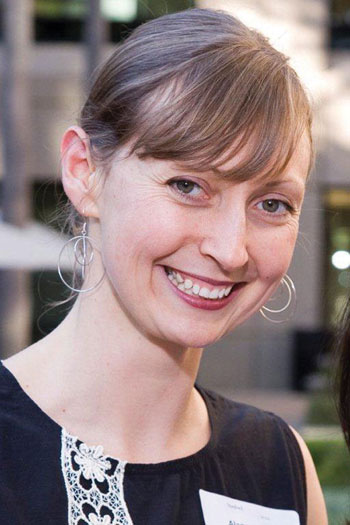 “It’s like you get to ride around on a unicorn and grant wishes.” That’s how my friend Andy described my new job as Vice President of Content Development at The Tech Museum, a hands-on science and technology center in San Jose, California.

I have to agree with Andy; the job is pretty magical. Over the next few years, I will spearhead the design of some 100 new exhibits on Silicon Valley, biotechnology, green energy, and technological solutions to social and environmental problems. I get to work with curators, designers, educators, and engineers to make science and technology delicious for everyone. I get to inspire kids and empower adults and loop new communities into the circle of knowledge. I get to have fun for a living.

But my new job is also a tiny bit terrifying. After all, I don’t have a background in exhibit design or museum management. I also lack unicorn husbandry and wish-granting experience.

But I do have a doctorate in cultural psychology and a postdoctoral certificate in health psychology. When combined with my second life as a writer and editor, these degrees have opened doors that, a decade ago, I never dreamed existed.

As is often the case in matters related to unicorns, my career path has been a tad twisty. Initially, I hurled myself headlong onto the professorial path. As an undergraduate at Yale, a graduate student at Stanford, and a postdoc at the University of California, San Francisco (UCSF) medical center, I studied social class and cultural differences in decision making and health. Along the way, I snagged a National Science Foundation (NSF) graduate fellowship, a Stanford fellowship for fieldwork in Japan, a National Research Service Award (NRSA) postdoctoral grant, and a few awards here and there.

In retrospect, I see that I was no slouch as a researcher or instructor. Yet in the feedback vacuum of academia, I often felt that I was never quite up to snuff. In addition to my biweekly crises of confidence, I had another problem with the academy: I just couldn’t quit my second career. Since the age of 15, I have worked as a journalist. Perhaps you caught my show, Teen Talk, which I hosted on public access television in my hometown of Memphis. Or maybe you read my reviews, news articles, essays, and columns in sundry newspapers, magazines, and Web publications.

But probably you didn’t. If I was uncertain about academics, I was terrified about media. And so my writing output was rather scattershot.

Nevertheless, I kept returning, often secretly, to my writerly roots. In graduate school, I slunk off for a summer in the American Association for the Advancement of Science’s (AAAS) science-writing program, which placed me at National Geographic Television. After a blissful stint developing documentaries, I returned to my lab at Stanford, where I would occasionally freelance for other publications — including my proving ground, the APS Observer.

Over time, I began to understand that having both an academic and a media career was probably not feasible for a person who needs at least seven hours of sleep nightly. But instead of choosing one of these careers, I took the intellectual bypass and wrote a dissertation (with my advisor, Hazel Markus) about why people like myself — European Americans with working-class backgrounds — have trouble making choices.

Research is me-search, for sure.

Another feature of academics that increasingly irked me was the long lag between knowledge and action. In the interest of actually applying my findings to helping people, I undertook a postdoc in health psychology at UCSF, where I worked with Nancy Adler to examine sociocultural factors in health disparities. For love and money, though, I continued to write on the side.

At this point in my tale, I wish that I could report that I womanned up, owned my desire, and took the plunge into publishing. But the truth is more complicated. My postdoc was drawing to an end, and so the next step in my academic career would likely involve a moving truck and a tearful farewell to the Shangri-La that is San Francisco. Yet my husband made it clear that he would not go easily. In a feat of justification that now fascinates me, I made the right choice, but for the wrong reason: I left academics to save my marriage. So much for all my feminist ways.

All you marriage and family counselors out there can probably guess what happened next: Within a year, we were arguing in divorce court over who got the cat and the duct-tape art. But in the meantime, I had written a well-received article on whether and how cultural and evolutionary psychologists could ever just get along. One of the article’s sources, Chip Heath of the Stanford Graduate School of Business, apparently liked the article and so called me up with a business proposition. He was helping a start-up magazine called the Stanford Social Innovation Review (SSIR), which translates social science findings for leaders of nonprofits, socially responsible businesses, and government agencies. SSIR needed a senior editor with a background in academics, journalism, and generalized do-goodery. Did I want to apply?

And so I made the first great leap of my working life — from academic psychologist to magazine editor. I was relieved to discover that the two require many of the same skills: the theory of mind to grok the different needs of sundry audiences, the ability to break down complex problems into digestible questions, the capacity to master entire new fields of knowledge on the quick-fast, and the flexibility to switch between the big picture and the devilish details. I was also jazzed to indulge in the unique pleasures of deadline journalism: immediate feedback, constant exposure to new ideas, license to play with language, a focus on solutions, and the esprit de corps of a team under time pressure.

Five years later, I received another phone call with another business proposition, this time from an executive recruiter. Like SSIR, The Tech Museum wanted someone who both understood the process of scientific innovation and could get audiences excited about it. Once again, my background in academic psychology was a major selling point because it meant that I could not only talk the talk of science, but also had walked the walk.

How To Bounce Out of the Tower

I hate to get didactic on an unsuspecting audience, but I do have some advice for folks contemplating the leap out of the Ivory Tower. First, if academic psychology is what you want to do, then do it. Looking back on my own career course, I am least proud of my lack of confidence in my academic abilities. Sure, universities produce more PhDs than they can employ, but attrition eventually weeds out the weak at heart. If you were smart and driven enough to get into a PhD program, you are probably smart and driven enough to land a professorship.

If academic psychology is not what you want to do, then decide whether a doctorate is necessary for your Plan B. In my case, the PhD smoothed the path for my career as a science communicator. But in other professions, a doctorate can be a liability. Some employers view a PhD as irrelevant education, rather than as essential experience. And many are wary of managing Dr. Smarty Pants. If you don’t need the PhD, then save everyone time, money, and heartache by hitting the eject button early.

If you do want the PhD but do not want to grow up to be an academic, then select supportive advisors — that is, ones who are more interested in cultivating thinkers than in producing professors. In this regard, I struck gold. Indeed, I still collaborate with my graduate advisor, Hazel Markus, on writing projects, including a popularization of cultural psychology that is due to hit bookstores in 2012.

And once you’ve pocketed your PhD, learn how to market your fancy science-ninja skills. For the more modest among us, this can take practice. I had never edited a magazine or curated a museum. But I had taught undergraduates, crafted a research program, and tussled with recalcitrant reviewers, which meant that I had spent much of my life thinking about how to make science relevant and fascinating for diverse audiences. Likewise, I have never worked in technology. But my doctorate explored the most complex, nonlinear, self-generating system in the world: people. And if you have the tools to study people, you have much to contribute to many different fields, be they magazine editing, museum developing, unicorn riding, or wish granting. ♦

Alana Conner is the vice president of content development at The Tech Museum in San Jose, CA, and was previously the senior editor of the Stanford Social Innovation Review. She received her doctorate in cultural psychology from Stanford University and her postdoctoral certificate in health psychology from the University of California, San Francisco. With her graduate advisor, Hazel Markus, she is currently writing a popular book about how cultures make people and people make cultures.

Going Global With Your PhD

One way to take advantage of graduate school is to study abroad, where you can find new scientific perspectives and research methods as well as improve your career options. More

The APS Teaching Fund is supporting the development of a central clearinghouse for research on teaching introductory psychology, along with other pedagogical resources. More