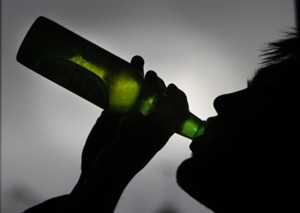 I’ve spent a fair amount of time around addicts over the years, and this I know. Addicts are great bargainers. Addicts will promise to forego the pleasures of booze or drugs or food in exchange for future happiness, career success, marital bliss—you name it. And as often as not, they renege on the deal.

This is not a criticism—just the gritty reality of addiction. Addicts mostly bargain with themselves—their future selves—and they don’t welch because they are scoundrels. They lack the self-control to honor their promises. They truly want to give up their drugs today for a better life in the future, but well, tomorrow is so far away, and here’s today—right now.

Psychological scientists have a name for the cognitive gymnastics underlying these failures of self-control. They call it “temporal discounting”—which basically means the tendency to devalue rewards that are far away, in the distant future. Most of us are capable of bargaining for a distant payoff—a college diploma, for example—but addicts are bad at this calculation.

So if addicts are so bad at temporal discounting, is it possible that this cognitive bias might be a marker of treatment success—even a target of intervention? These questions occurred to Warren Bickel of the Virginia Tech Carilion Research Institute, who has been studying treatments across a variety of addictions. He and his colleagues wondered if they might be able to measure changes in this crucial form of poor decision making—and if these quantifiable changes might be used to identify effective treatments. Such a measure might also illuminate the varying nature of addicts and addictions.

To explore these issues, the scientists decided to reexamine five previous intervention studies, involving 220 addicts altogether. Some were dependent on stimulants, others on opiates, and still others on nicotine. The interventions included—in various combinations—working memory training, web-based behavior training, cognitive behavioral treatment, replacement drugs, and vouchers for goods and services.

The participants had all, prior to treatment, completed temporal discounting tasks, which basically consist of a series of “small now, larger later” choices. They completed the same tasks at the end of treatment—unless, of course, they failed to complete treatment. The scientists also took urine samples before, during and after treatment, which were used as a measure of success or failure in treatment.

They crunched the data, and describe the findings in a forthcoming article in the journal Clinical Psychological Science: On average, most of the addicts made better discounting decisions after treatment than they did before. This suggests that interventions work, at least in part, by sharpening this kind of decision making. What’s more, the patients who were most prone to discounting future rewards at the start—these patients improved the most with treatment. Finally and importantly, the most effective treatments—as measured by verified abstinence—also had the largest effect on temporal discounting.

This is a novel and provocative finding in the field of addiction intervention. It suggests that this simple cognitive test might be used as a marker of a treatment’s success, regardless of the specific addiction or therapy. It also raises the possibility that addicts’ cognitive deficits are measureable, and that some might be fixable. Such measures might even be used, in the future, to design cost-effective, personalized treatments for addicts who are bargaining their lives away.

I recommend ditching the word “addict,” though. See http://www.huffingtonpost.com/meghan-ralston/breaking-up-with-the-word-addict_b_5028999.html for a perspective on that.