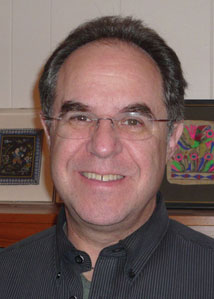 I have a fairly unusual job for a psychologist, and I took a very unusual path to get here. Currently, I serve as a Professor in the Section of Adolescent Medicine, Department of Pediatrics at Indiana University School of Medicine. The mentorship, institutional support, and collegial stimulation that I have received during the 16 years I have been at Indiana University have enabled me to develop a successful research career. In particular, I have been able to pursue two of my long-standing interests: cross-disciplinary research and health psychology research.

When I arrived at IU in 1993, at the urging of colleague Dennis Fortenberry, I began to study attitudes about HIV vaccination. Initially, this research was not well-received and I remember getting frequent comments from reviewers that there was no point in studying something that did not yet exist. However, my belief was — and is — that preparatory behavioral research is just as important as preparatory biomedical research in ensuring the success of biomedical interventions like vaccination.

I persevered in my focus on HIV vaccination but also expanded to examine other vaccines for prevention of sexually transmitted infections (STI), including hepatitis B virus (HBV) and human papillomavirus (HPV) vaccines and a vaccine for the prevention of herpes simplex virus type 2 that is currently in development. As a result of my perseverance, I was in an excellent position to study and comment on HPV vaccines, in particular, as they proceeded through clinical trials and licensure. My focus on HPV vaccination has resulted in research collaborations in Indiana, throughout the United States, and internationally with scientists (including my wife, psychologist Lynne Sturm) across multiple disciplines.

The HPV vaccine and vaccination in general are endlessly fascinating and complex, involving multiple perspectives, including public health issues, the history of vaccines, individual and cultural beliefs about immunization and sexuality, media portrayals of vaccines, the politics of vaccination, and the biomedical innovations that make vaccines like HPV vaccines possible. It is an interesting historical fact, for example, that Benjamin Franklin was a strong advocate for smallpox vaccination and that he described in the 1700s a decision-making heuristic, omission bias, that is currently a major focus of behavioral research about vaccination decision-making. Omission bias is the tendency of some individuals to prefer inaction over action (i.e., they feel that they will be more culpable for negative outcomes associated with commission than negative outcomes associated with omission).

The multidimensional complexity of vaccination makes it a perfect topic for cross-disciplinary research. Over the years, I have had the opportunity to collaborate with health marketing researchers, health behavior researchers, infectious disease specialists, adolescent medicine physicians, nurse researchers, and biostatisticians. These kinds of collaborations are what make research effective, enjoyable, and stimulating.

My specific interest in STI vaccination has evolved now into a broader research focus on the study of decision-making about discrete biomedical innovations for the prevention and diagnosis of STI. Two of my recent NIH-funded research projects have focused on evaluations of brief messaging interventions designed to increase uptake of HBV vaccine and HIV testing. Through this research, I have become more convinced than ever that psychologists should have a central role in development and implementation of biomedical technologies.

Although I have been fairly successful in my academic career, the path for me was indirect and meandering, and serendipity played a major role. It could appear that my career choice was predetermined in that my father and mother are both psychologists. My father, Carl Zimet, has spent most of his career as a faculty member and Clinical Psychology Division Director at University of Colorado Health Sciences Center (UCHSC). My mother, Sara Zimet, is an educational psychologist who also worked for many years as a faculty member and researcher at UCHSC. I majored in psychology at Vassar College as an undergraduate and worked as a research assistant for Robert Kinsman on health psychology research studies at National Jewish Hospital in Denver, CO, prior to entering graduate school at Duke University in the fall of 1979. On entry to clinical psychology graduate school, I strongly felt that my ideal job would be to do research, see patients, and teach in a medical school setting. However, I found graduate school to be a somewhat discouraging experience overall, and my interest in research dimmed, despite an excellent experience doing my doctoral research with Robert Thompson at Duke Medical School.

I enjoyed my pre-doctoral internship at University Hospitals of Cleveland, Case Western Reserve University (CWRU) and proceeded to complete a clinical post-doc, working with Teena Zimmerman on an adolescent psychiatry inpatient unit. The clinical work was challenging but rewarding, and my first faculty position was to serve as the psychologist on a child psychiatry inpatient unit, also at CWRU. After one year, however, I was ready to move on and secured a faculty position at the county hospital, MetroHealth Medical Center, in the Division of Adolescent Medicine, where I remained for three and a half years.

The principal components of my job at the hospital were teaching and patient care. Research constituted a minor part of my job responsibilities, but I continued to run small studies and publish. It was during this time, in the late 1980s, that I first became interested in adolescents and HIV. Along with colleagues and trainees, I carried out several unfunded questionnaire studies in Cleveland middle and high schools to evaluate knowledge and attitudes about HIV/AIDS. In 1990, I left MetroHealth Medical Center and took a position across town at Rainbow Babies & Children’s Hospital (RB&C) as a general pediatric psychologist. I continued to see patients and teach, but was also able to modestly increase my research efforts through work with the Case Western Reserve University Center for Adolescent Health, directed by Trina Anglin and Fredrick Robbins.

By the time I started working at RB&C, I had been moved off the tenure track, and throughout my seven years as a faculty member at CWRU School of Medicine I remained an assistant professor and was given little hope of promotion. It became clear to me that my career was going to stagnate unless I moved elsewhere. I was very fortunate that when I began looking for a job a position became available at Indiana University. Donald Orr, the Director of Adolescent Medicine, had recently received funding from the Maternal and Child Health Bureau for an inter-disciplinary training grant, now called Leadership Education in Adolescent Health (LEAH). LEAH programs provide training across five disciplines: medicine, psychology, nursing, nutrition, and social work. Don needed a psychology faculty member for the LEAH program. With the help of recommendations from Trina Anglin and Susan Rosenthal (Susan is a psychologist with whom I have collaborated for many years), I was able to get the position.

The move to Indianapolis was not just geographical. I received an instant promotion to Associate Professor and was put back on the tenure track. Colleagues here helped me learn how to write successful research proposals, and I was ultimately able to get funding from NIH, CDC, and private industry. So, now I have the ideal job that I imagined at the beginning of graduate school; it just took me quite a bit longer to get here than I had expected. The main difference from my imagined job is that I no longer do any clinical work; I primarily do research, but I also teach pediatric residents, graduate students, and post-doctoral fellows.

I encourage psychologists to look outside their discipline for collaborative opportunities. The kind of leaning and research that can occur across disciplines is both exciting and unique. I hope my story gives some encouragement to those who do not pursue a focused path in their career or who get side-tracked for whatever reason. Sometimes, there are second- and third-chance opportunities for those of us who take a bit longer to figure out what we want to do with our lives.

Gregory D. Zimet is Professor of Pediatrics at Indiana University and works in the Section of Adolescent Medicine. His research focuses on psychosocial/behavioral issues associated with biomedical approaches to the diagnosis and prevention of sexually transmitted infections (STI).