For one night that will earn the 24th APS Annual Convention a special place in APS history, Sheraton Ballroom V was turned into a swinging club featuring the musical talents of five-time Grammy Award winning bass player Victor Wooten and a band made up of professional musicians and musically gifted psychological scientists.

Wooten took the stage first and warmed up the crowd with a soaring version of “Amazing Grace” that morphed from a mellow melody into an explosive, jazzy jam that sent his fingers flying across the strings.

After the band assembled, the music switched to rock with award-winning folk, country and blues singer Dale Boyle leading the band in a hip-shaking rendition of “Flip, Flop, and Fly” that had the crowd twisting to the beat. Psychological scientist Daniel J. Levitin backed him up with a smoking saxophone solo that showed that his talents extend well beyond his laboratory at McGill University.

His McGill colleague, psychological scientist by day, drummer by night, Bianca Levy kicked off a rollicking version of “I Fought the Law” with Kevin Feyen, formerly with the Black Eyed Peas and now with Worth Publishers, rocking out on the guitar in a solo that left the crowd cheering for more. After the Rolling Stones’ “Satisfaction,” Levy took a turn at the mike, leading the band in a pulsing rendition of “Nobody But Me” that showed her vocal chords are just as strong as her science.

Wooten returned to the spotlight and brought in the funk with his hip-dipping, bass-laced song “My Life.” APS Past President Robert W. Levenson wowed the audience with a wailing sax solo, leaving the psychological scientists in the crowd blown away by his music as well as his research and leadership.

Other highlights of the night included APS shout outs during Wooten’s “The Rap,” the intricate vocal harmonies of “Cotton Fields,” and a rendition of Arcade Fire’s “Wake Up” that had the crowd swaying their hands in the purple lit room, holding iPads and iPhones aloft, instead of the iconic lighters.

Closing the night was “Sweet Home Chicago,” a blues standard that brought the house down with a perfect blend of psychological science, magnificent melodies, and fun. 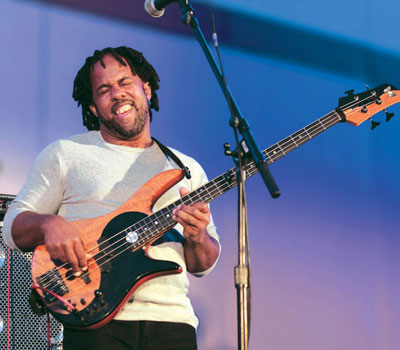 Bassist Victor Wooten jams out during his funkified version of “Amazing Grace.“ 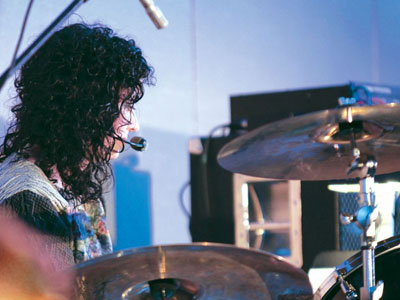 When she isn’t wowing the audience with her voice, psychological scientist Bianca Levy keeps the beat going all night long. 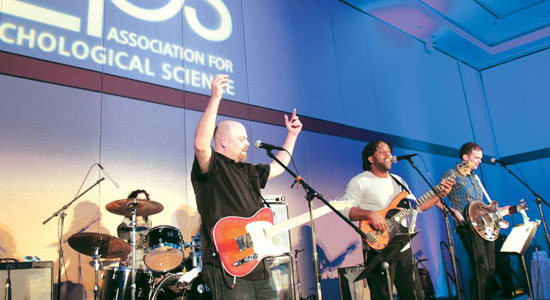 Blues singer Dale Boyle leads the band in a lively performance of “Flip, Flop, and Fly.” 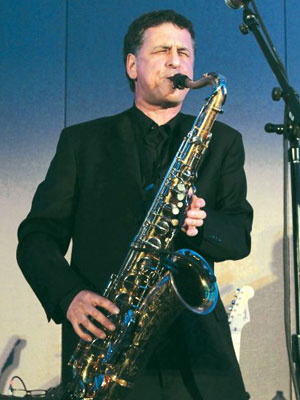 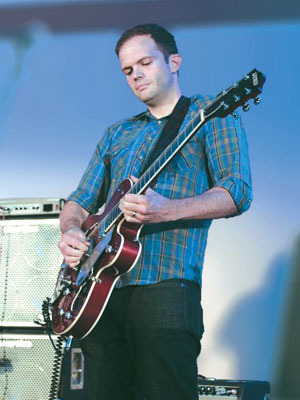 Guitarist Kevin Feyen’s fingers fly during “I Fought the Law.”

Convention attendees boogie down to “Satisfaction.” 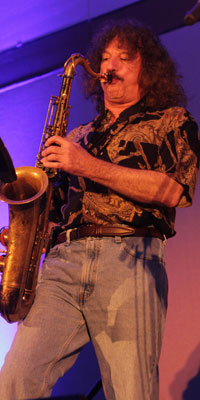 APS Past President Robert W. Levenson blows the audience away with a wailing sax solo. 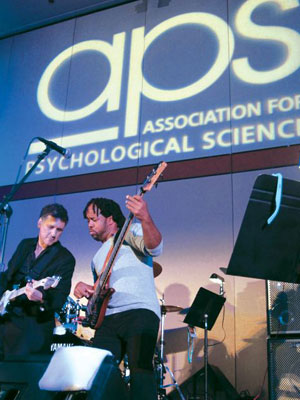 Daniel J. Levitin and Victor Wooten bring down the house with their duet. 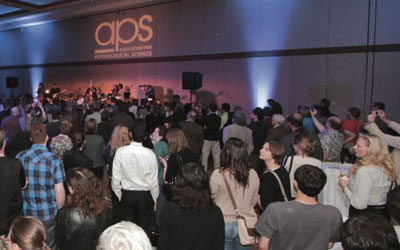 It’s standing room only in the Sheraton Ballroom. 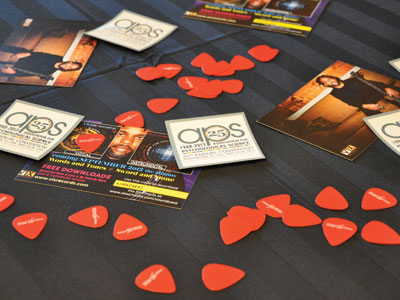 Concert goers get a chance to bring the music home with guitar picks from APS and Worth Publishers. 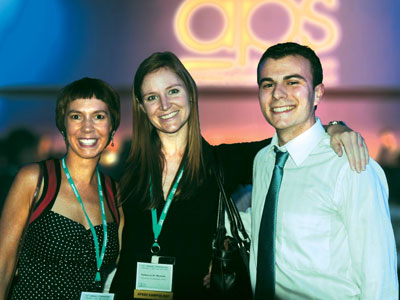 There are smiles all around at APS’s Saturday Night concert.