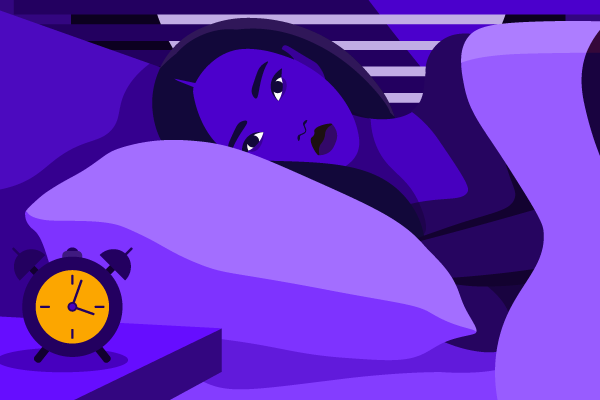 The Negative Effect of Smartphone Use on Academic Performance May Be Overestimated: Evidence From a 2-Year Panel Study

Bjerre-Nielsen and colleagues monitored 470 students’ smartphone usage over 2 years and assessed their academic performance across multiple courses. They found that students who used their smartphones in class more had lower grades than those who used their smartphones less. However, this negative effect was not as large when the researchers used a model to control for stable characteristics of students and courses (e.g., student self-control, teacher quality), including those not observed by researchers. These findings indicate that previous research that controlled only for observed student characteristics might have overestimated the negative effects of smartphone use on academic performance.

The Worst-Motive Fallacy: A Negativity Bias in Motive Attribution

The worst-motive fallacy consists of a negativity bias when attributing motives to others’ actions. Participants read vignettes about different choices available to a character and selected which option they thought the character would choose. Participants also rated the “goodness” and “badness” of the motives in the vignette. They tended to think the character would choose the option that would satisfy the worst motive, contrary to the option they would choose. Thus, individuals appear to think that others are more likely than themselves to choose actions they consider morally bad.

Despite being at heightened risk, older adults appear to show relatively better emotional well-being during the COVID-19 pandemic compared to younger adults. While infection rates were increasing exponentially in the United States, Carstensen and colleagues surveyed Americans between the ages of 18 and 76. They found that older adults reported higher emotional well-being regardless of the perceived risk of contagion and complications from the virus. These findings provide additional evidence for the benefits of emotional experience during prolonged stress.

Successfully preventing unwanted memories from intruding on our days might require a good night’s sleep. In the evening, participants rated how different scenes made them feel (e.g., unhappy vs. happy) and learned to associate each scene with a face. The following morning, after either an overnight sleep or total sleep deprivation, participants saw the faces framed in either green or red. They were instructed to suppress the memory of the corresponding scene when the face frame was red, which coincided with neutral and negative scenes. Relative to sleep-deprived participants, those who had slept the previous night were more successful in repressing unwanted scenes.

Interpretation Bias in Paranoia: A Systematic Review and Meta-Analysis

People with the tendency to interpret ambiguous information negatively appear to show more paranoia. Trotta and colleagues conducted a meta-analysis of 20 studies that tested for the association between interpretation bias and paranoid thoughts in participants with and without a clinical diagnosis. Among both the clinical and nonclinical samples, participants who interpreted environmental information more negatively appeared to be more prone to paranoia and to have more severe symptoms of paranoia.

Behavioral and Physiological Evidence Challenges the Automatic Acquisition of Evaluations

Corneille and Mertens show how recent research challenges the idea that evaluations (e.g., fears and attitudes) are automatically acquired and based on involuntary and uncontrollable processes not influenced by verbal information. The authors explain that explicit (e.g., good/bad judgments), implicit (e.g., automatic associations), and physiological measures (e.g., skin conductance) have challenged the notion of automatic learning of evaluations. Moreover, procedures that prevent the conscious encoding of these stimuli do not indicate evaluative learning, which is usually sensitive to individuals’ processing goals. Thus, verbal instructions in social and clinical interventions might contribute to changing “deep-rooted” attitudes and fears.

Individual differences in statistical learning (SL) abilities appear to affect linguistic skills, including language impairments. Bogaerts and colleagues reviewed studies testing SL in participants with and without dyslexia and specific language impairment. The authors argue that current studies lack clarity regarding the definition of theoretical constructs (e.g., “SL,” “implicit learning”) and the overlap between experimental tasks and the constructs they intend to measure. Moreover, most studies do not appear to include appropriate control tasks and were not designed to contrast different theories. Bogaerts and colleagues propose that addressing these issues may advance research on SL deficits in language impairments.

Boundary Conditions for the Practical Importance of Small Effects in Long Runs: A Comment on Funder and Ozer (2019)

Funder and Ozer (2019) argued for the importance of small effects that may accumulate to have practical importance. Sauer and Drummond suggest that open data and preregistration will make small effects easier to verify, but they caution researchers to take two considerations into account. The first consideration is restricted extrapolation; researchers must be careful not to overstate the importance of small effects by extrapolating to unmeasured consequences. The second is construct validity, as a small effect on an operationalized variable may be stronger or weaker than the effect on the construct of interest.