Observer > 2010 > October > Reporting Science: The Story Behind the Story A Q&A with Benedict Carey of The New York Times

The New York Times, recently talked to APS’s Wray Herbert, about his approach to reporting on psychological science. 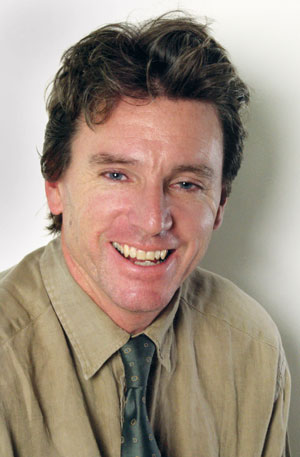 Herbert: Your recent back-to-school article on myths of studying (“Forget What You Know About Good Study Habits,” September 6, 2010) certainly hit a chord with readers. Could you tell us a little about how that story developed? How you got the idea? How you reported it?

Carey: The story came about in a pretty mundane, manufactured way. I had a column to do for the beginning of the month, and decided to try a back-to-school topic. I knew about the review paper that APS had published last year debunking learning styles, but that was old and I wanted to give people something positive, not just negative. So I had a look at what the authors of that review had been doing recently — and bingo. There, I learned about the various study strategies that seem to enhance memory or slow down forgetting. Some of these had been known for a long time; others were newer. But that research, played off the negative findings on learning styles, made for a pretty rich serving.

Herbert: Is this generally the way you approach news gathering on the psychology beat?

Carey: No, not really. I don’t usually try to tag stories to the time of year. But I’ll do it if there’s good, newish research that will make for an unexpected story. Otherwise, I pick up on new studies, if they’re big or controversial enough, on research that ties to the news — or to something people wonder about in daily life, but don’t think rigorously about.

Herbert: Is it important to you (and your editors) that psychology stories have a take-home message for readers? Something they can see in their lives or apply to their lives?

Carey: It’s very important, and it’s usually easy. Psychology almost always bears on daily life, and the science is usually straightforward enough that anyone can understand it.

Herbert: Is psychology writing different from other science writing in your view?

Carey: Yes, very much so. Psychology, and for that matter psychiatry and neuroscience, are softer sciences than most others and always will be. That makes them more interesting, in my opinion, but it also means that the reporter (like the scientists) must treat study findings as just that: findings and nothing more. More so than in other fields, interpretations of the same evidence can vary widely, supporting various and sometimes competing theories. So, the language needs to reflect a moving landscape — be authoritative whenever possible, suggestive elsewhere. I use the words “suggests,” “may,” and “perhaps” far more than reporters on other beats.

Herbert: What are the tools you use for finding enterprise stories — stories not based on a press-release or specific event, which explore an issue in more depth?

Carey: My brain and my computer. I search databases for recent studies that look interesting, and those can be the germ of a larger feature story (most psych stories are features). And sometimes I start with a question, an observation — for example, what is the upside of boredom? — and go see if anyone has written about that or done relevant studies.

Herbert: How about for staying on top of the news — not missing the must-do stories?

Carey: Read the journals, and rely on my friends to shout out when something big is coming. It helps to be at the NY Times, of course — people usually let you know. And, it needs to be said, I have on occasion passed on or missed stories I later wished I’d done.

Herbert: Have your methods changed in recent years with the advent of the Internet and social media? Have these tools improved the quality of newsgathering in general, or psychology writing in particular?

Carey: Those tools have vastly improved the profession, exponentially so, in terms of the rich detail that is immediately available to reporters. Writing itself is no better or worse now than a generation ago. The only downside is that I feel like everyone knows everything immediately. It’s harder and harder to do something “new.”

Herbert: How did you get your start in the business? And as a psychology and behavioral science writer in particular?

Carey: I graduated from the Northwestern University’s one-year journalism masters program and I wanted to be a science writer. I had a BS in math and physics and thought I could use that to find a place in the business. As it happened, I joined the staff of a medical magazine and got my start doing general health stories. I was in the right place when the LA Times was looking for a behavior writer back in 2002.

Herbert: Did you set out to write about psychology? Do you have academic training in the field?

Carey: No, and I have no formal training in the field.

Herbert: Is there any way that psychological scientists could help to improve the reporting of news in psychology and behavioral science?

Carey: I think psychologists are generally very good at getting the science out. Many are working on books of their own aimed at the public; they know their work is of wide interest, and they are usually very open to talking to reporters (or at least to me, through my entire career). I don’t know what more you could ask. Blogs I think can be very helpful, and many psychologists have good ones. I would encourage scientists who have them and are really digging in and updating regularly to let reporters know about the blogs and what the specific area of interest is.

Herbert: What do you read regularly, any can’t-miss science writers or blogs?

Carey: The answer is no across the board. I like Pinker, Kandel, Dawkins — scientists who are great writers too — and I read competitors’ stuff. But I don’t have any regular muse in this area. For pleasure, I read all over the place, without much direction or purpose, like most people. I do write science books aimed at middle-schoolers, so I regularly read kids books for that group that have any science element.

Observer > 2010 > October > Reporting Science: The Story Behind the Story A Q&A with Benedict Carey of The New York Times

Scientists from across the globe shared their successes and hurdles in promoting a science-focused model for training clinical researchers and practitioners. More