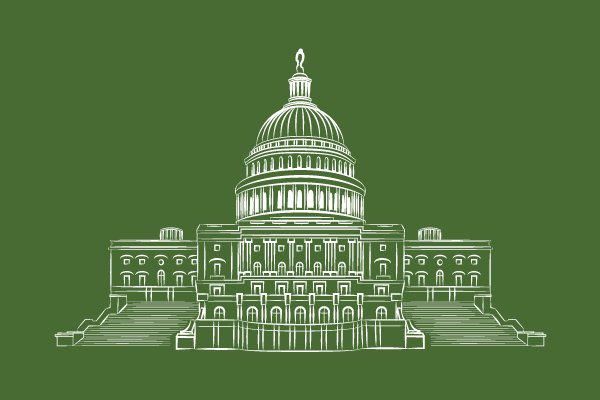 There’s no science-focused government arm closer to the U.S. president than the White House Office of Science and Technology Policy (OSTP), one of the groups comprising the president’s executive office. That’s why it’s a big deal for the behavioral and social sciences that President Biden named sociologist Alondra Nelson, formerly of the Institute for Advanced Study, to the new post of deputy director for science and society at OSTP.

“Never before in living memory have the connections between our scientific world and our social world been quite so stark as they are today,” reflected Nelson in a January address.

NIH Extends Flexibilities for Registration and Reporting of Research Results

A set of policies that would affect NIH-funded basic experimental studies with humans, opposed by APS, has been delayed another two years.

Several years ago, NIH announced an expanded definition of clinical trials that newly encompassed basic research with humans while introducing new policies affecting registration, results reporting, and other components of the scientific process for this research area. Although APS is supportive of research registration and transparent reporting, APS and other behavioral science groups criticized the specific NIH policies, arguing that they were poorly designed for psychological science and related fields. In partial response to these criticisms, NIH announced a period of flexibility for aspects of registration and reporting that was set to expire later this year. A new NIH notice (NOTOD-21-088), however, dated March 23, extends this period of flexibility through September 24, 2023.

Although APS continues to urge NIH to not classify behavioral research as clinical trials, this extended flexibility period will enable APS members to continue to register and report in places that they deem best for their work. As always, however, APS recommends that scientists read these policies carefully and consult with a program officer at all stages of the grant process.

In a recent letter, APS Executive Director Robert Gropp congratulated Nelson on her new role and encouraged further conversation on the contributions that psychological science can make to benefit the public.

“APS stands ready to work with you to promote needed scientific discoveries and the use of high-quality and peer-reviewed science to inform public policy decision-making,” wrote Gropp. Read the full letter here.

As Biden’s OSTP takes shape, the scientific community eagerly awaits the confirmation of a director to lead the office. At the time of writing, Biden’s nominee, mathematician Eric Lander, has not yet been confirmed by the Senate for the job. The OSTP director position was vacant for approximately 2 years into President Trump’s term until meteorologist Kelvin Droegemeier was confirmed for the role.

Zooming in on behavior at NIH

An APS priority when meeting with policymakers is discussing the importance of the study of behavior to improving human health. That’s why APS was delighted when, in late 2020, Congress called on the U.S. National Institutes of Health (NIH) to study how NIH can make better use of behavioral science to benefit health. Now, NIH is responding to this call; in January, its Office of Behavioral and Social Sciences Research (OBSSR)—which coordinates behavioral research at NIH—announced a new study to assess how behavioral science and its contributions to improving health can be better integrated and realized across NIH as an agency.

APS is hopeful that this important study will reveal new ways for NIH to leverage, incentivize, and invest in behavioral research across the agency. In a March letter to OBSSR, APS urged NIH to take a full assessment of the status of behavioral science at NIH and ensure that behavioral science research is supported at the levels required to improve health. Read the full letter here.

An “Endless Frontier” before us?

The scientific community is on the collective edge of its seat awaiting news on a piece of U.S. legislation titled the Endless Frontier Act, a bill introduced in 2020 by now-Senate Majority Leader Chuck Schumer (D-NY) that quickly garnered bipartisan support yet did not advance to a vote. Capitol Hill insiders expect that an updated version of this bill is likely to emerge soon.

APS’s government relations team is in regular touch with the U.S. Congress and representatives of key science funding agencies around the world that support psychological science. In February and March of this year, APS representatives met with House and Senate offices—virtually, of course—to talk about the issues described above and more. Your APS membership helps support these important initiatives!

Discussions around the Endless Frontiers Act are of significant interest to the psychological science community, given that earlier drafts of the act proposed a significant restructuring of the U.S. National Science Foundation (NSF), one of the key funders of psychology research. Although Endless Frontiers proposes significant budget increases for NSF, it also suggests infrastructure changes that could alter the agency’s mission of supporting basic science. For instance, it proposes the creation of a new technology directorate within the agency whose funding and authority would significantly overshadow that of other directorates—including the ones focused on behavioral and social science and education, which award many of NSF’s psychological science grants.

Throughout 2020, APS seized several opportunities to offer feedback on plans surrounding the Endless Frontiers Act. This feedback has emphasized appreciation for Congress’s attention to and interest in NSF while encouraging that NSF keep its focus on protecting and growing basic research, including psychological science.

As of this writing, experts expect this bill to move quickly once momentum reemerges. Be sure to check for updates on the Endless Frontiers Act and other issues.